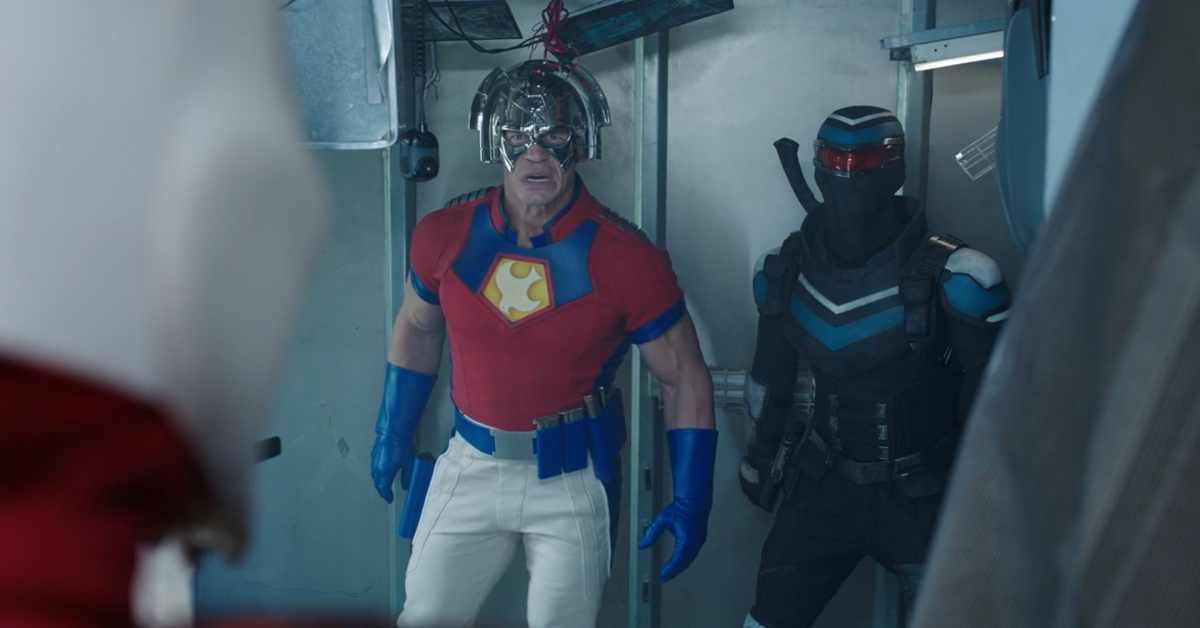 Warning: this story contains spoilers for Peacemaker Episode 6, “Chapter 6: Murn After Reading.” Don’t have a cow, man: there are just two episodes left of DC’s Peacemaker. In “Chapter 7: Stop Dragon My Heart Around,” Peacemaker (John Cena) and the Project Butterfly task force are on a mission to kill the so-called Cow milked for the raw amber fluid nourishing the invading alien leeches called Butterflies. Out for revenge is Peacemaker’s father, a.k.a. Aryan Empire leader and armored supervillain The White Dragon (Robert Patrick), who suits up and takes flight for the first time in the penultimate episode streaming February 10 on HBO Max.

“We’ll meet you back here in one week to discuss Episode 7, ‘Stop Dragon My Heart Around,’ as the shit really hits the fan in our penultimate episode,” series creator and writer James Gunn tweeted during Saturday’s live Peacemaker watch party.

Okay thank you everyone for joining our #PeacemakerParty . We’ll meet you back here in one week to discuss Episode 7, “Stop Dragon My Heart Around,” as the shit really hits the fan in our penultimate episode. Much love to you all! #Peacemaker

As revealed by the first-look teaser for Episode 7, The White Dragon isn’t the only costumed character out for revenge: Judomaster (Nhut Le) strikes back!

“Let me just put it this way: We only have two episodes to wrap up a lot of stuff. You can imagine it’s going to be very explosive, literally and figuratively explosive,” Iwuji told TV Insider. “Chaos is going to reign. Hilarity is going to be taken to another level. But at the heart of it, if you’ll excuse the pun, is the heart.”

“James Gunn always somehow manages to infuse heart in the most unlikely moments, and there’s a hell of a lot of that left in the final moments,” added Iwuji of the brain behind Guardians of the Galaxy and The Suicide Squad.