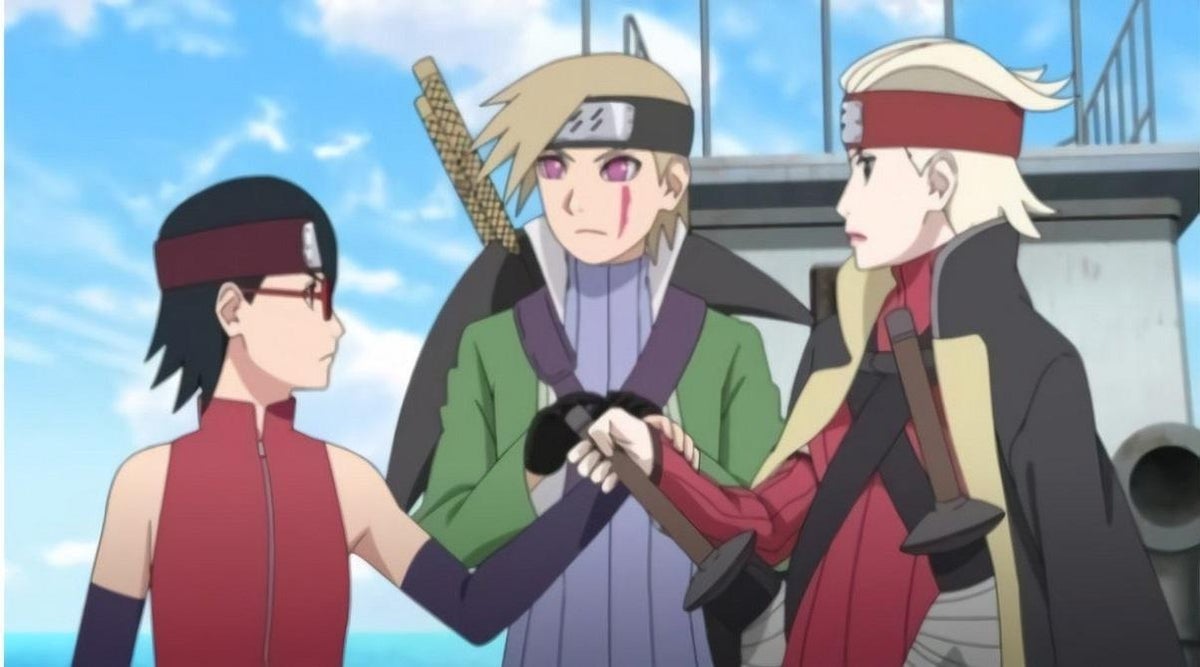 While fans of the Naruto franchise might mostly witness loud and energetic fights that often involve booming attacks such as the Rasengan and the Chidori, the ninjas still have to go undercover from time to time when it comes to their unique missions. With the anime focusing on new adventures that weren’t seen in the manga, Team 7 is looking to assist the Land of Water with a unique situation and an island that is struggling to save its citizens from a new threat.

The preview for the next episode of Boruto: Naruto Next Generations, which will continue Team 7’s journey to protect the residents of this unique island within the ninja world, reads as such:

Currently, the anime hasn’t dropped any hints that it will be returning to the events of the manga, with the fight against Jigen taking place fairly recently within the pages of Weekly Shonen Jump. Whenever the anime series does decide to begin following the letter of the manga once again, it will have some major events to translate as one of the biggest ninjas of the franchise might have died in a recent chapter.

The anime series might be diverging from the events of the manga, but the anime-only stories are able to explore brand new areas when it comes to the ninja world created by Masashi Kishimoto. With recent arcs seeing the return of the Chunin Exams, as well as exploring other teams’ lives within the village of Konoha, it will be interesting to see where this latest mission takes Team 7.

Do you want to see the anime go back to following the pages of the manga? What’s been your favorite anime-only arc that’s been presented in the Naruto series? Feel free to let us know in the comments or hit me up directly on Twitter @EVComedy to talk all things comics, anime, and the world of the Hidden Leaf.