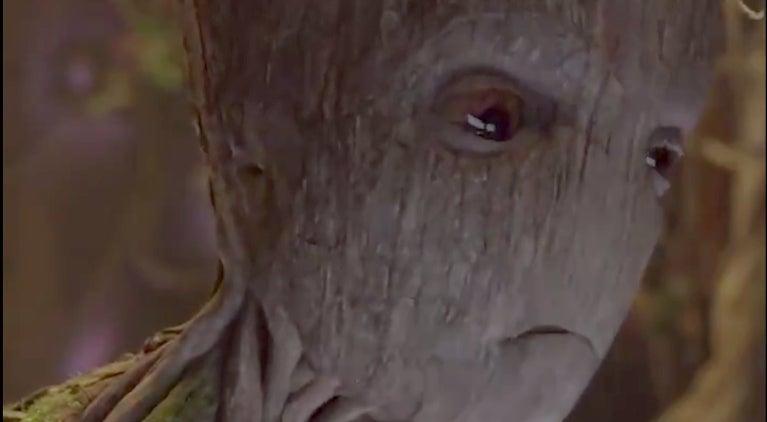 Guardians of the Galaxy Vol. 3 is currently in production, and it’s expected to see the return of Chris Pratt as Star-Lord/Peter Quill, Zoe Saldana as Gamora, Dave Bautista as Drax, Karen Gillan as Nebula, Pom Klementieff as Mantis, Sean Gunn as Kraglin, Bradley Cooper as Rocket, and Vin Diesel as Groot. Despite the fact that Groot only says three words, Diesel shared a video of himself in the recording studio this week, which makes us wonder if the character is adding anything new to his vocabulary. While it seems unlikely, you never know with James Gunn!

“Wow, from the Iron Giant to Groot. Blessed and grateful. Great job everyone. Know the family will love what we did today for The Groot universe. 🙏🏽,” Diesel wrote. You can check out his post below:

Gunn recently confirmed that this will be the last time the entire Guardians team is together onscreen. There’s already been a lot of speculation about the threequel, and Gunn has previously hinted that there will be some major deaths in the upcoming movie, and many have guessed that Rocket will be the one to die. After the latest confirmation that this is the end, fans have taken to social media to express their fears about who might not survive the movie.

Guardians of the Galaxy Vol. 3 may be the end for the team, but it won’t be the last fans see of Groot. Not only is the Guardians of the Galaxy Holiday Special expected to hit Disney+ this year, but there will also be a series of animated shorts titled I Am Groot, which will follow the misadventures of Baby Groot. In December, Gunn confirmed that I Am Groot will be coming in 2022.

Gunn previously teased that some stars from The Suicide Squad could be popping up in the new Guardians. While the director could just be alluding to the return of his frequent collaborators (although, he has no plans to resurrect Rooker’s Yondu), fans are hoping there will be some unexpected cameos in the threequel. This wouldn’t be too shocking considering Guardians of the Galaxy Vol. 2 star, Pom Klementieff, made a surprise appearance in The Suicide Squad.

Note: If you purchase one of the awesome, independently chosen products featured here, we may earn a small commission from the retailer. Thank you for your support