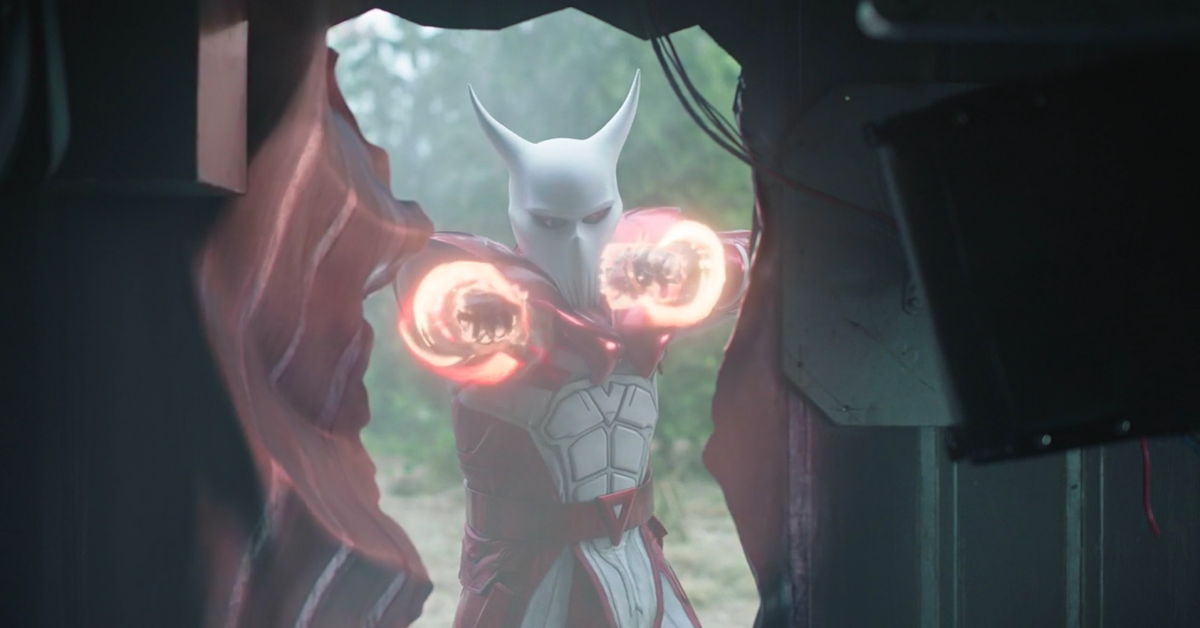 Warning: this story contains spoilers for Peacemaker Episode 6, “Chapter 6: Murn After Reading.” Peacemaker (John Cena) has to kill an alien “cow” to prevent udder disaster in the first look at “Chapter 7: Stop Dragon My Heart Around.” Wanted by the police over a forged diary planted by Leota Adebayo (Danielle Brooks), and facing an alien invasion led by Goff Butterfly host Detective Song (Annie Chang), Peacemaker has to find and kill “the cow”: the source of the raw amber fluid the Butterflies need to milk to survive. But first, Peacemaker must face his father — the white supremacist supervillain The White Dragon (Robert Patrick).

Watch the Peacemaker Chapter 7 trailer below.

“Oh my God…. I can guarantee that if from now until the episode airs, you ran through ideas, pictures and diagrams, you probably wouldn’t nail [what ‘The Cow’ looks like],” Chukwudi Iwuji, who plays good guy Butterfly Clemson Murn, told TVLine with a laugh ahead of the penultimate episode of the season. “It is quite out there!”

“Murn After Reading” ends with Auggie Smith, Peacemaker’s until-recently-jailed father and the leader of the Aryan Empire, suiting up in his supervillain armor as his white-hooded henchmen kneel and salute. In “Stop Dragon My Heart Around,” The White Dragon takes aim at Peacemaker and his self-appointed best friend Vigilante (Freddie Stroma).

In a separate interview with Newsweek, Patrick said he was “hesitant to talk about” his supervillain suit but confessed wearing the White Dragon costume was “really, really exciting.”

“I have to be honest with you, to be fit with a suit and to realize that I was going to be a supervillain was just, I was so excited for that,” Patrick said. “And, you know, the suits are not cheap, they’re expensive, and it was one of the things I sweated [about] while we were doing the production was, you know, ‘I can’t get fat, I can’t gain weight.'”

For co-star Steve Agee, who plays John Economos — the tech expert who inadvertently framed the elder Smith for Peacemaker’s crimes — he said of the racist Auggie, “I was like, ‘oh my god, it’s almost a shame that such a massive piece of s**t gets to wear something so cool. It really is a cool costume.”