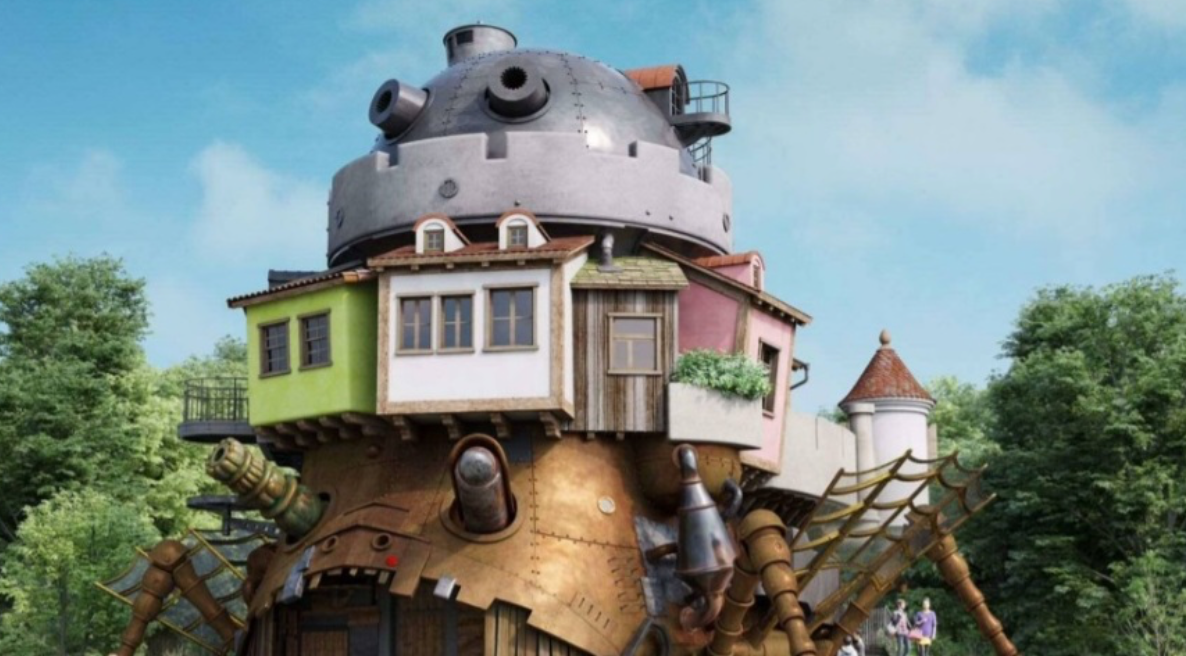 Studio Ghibli took up headlines a while back when word went live about its theme park plans. The beloved company has been working with Japanese officials to bring its park to life, and it seems work is just about done. After all, reports confirmed Ghibli Park will open this fall overseas, and fans have gotten a new look at the park thanks to some official photos.

Now, these new photos showcase parts of the Ghibli Park that won’t be open for quite some time. When the area opens to the public, fans will be able to visit the Ghibli’s Grand Warehouse and My Neighbor Totoro‘s Dondoko Forest. The Hill of Youth area will also open in Fall 2022 before a later date brings Mononoke Village and Witch’s Valley to fans. And now, we know what those last two areas will look like.

As you can see above, the first photo shows off the Mononoke Village as found in Princess Mononoke. This area will measure nearly two acres and recreate Emishi Village and Irontown from the film. The other area will lean on Howl’s Moving Castle for inspiration, and its concept art showcases the movie’s moving castle.

The new report reveals Howl’s castle will be nearly 53-feet tall and feature multiple floors. Guests will be able to go inside the facility and see how Howl lived, but that is not all Witch’s Valley will offer. This final area will be the park’s large and feature tributes to Kiki’s Delivery Service as well. A restaurant will also be included in this area of the park, so fans are hoping to snack at the bakery when these final areas open sometime in 2023.

What do you think of these new photos? Do you plan on visiting Studio Ghibli’s park one day? Share your thoughts with us in the comments section below or hit me up on Twitter @MeganPetersCB.