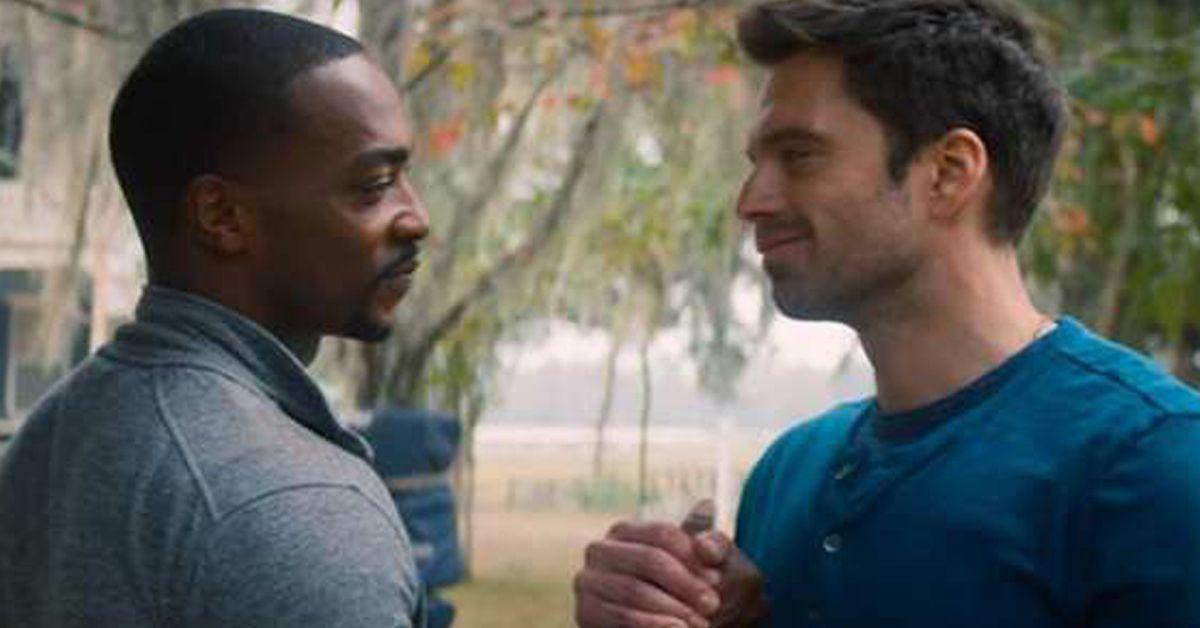 Sebastian Stan and Anthony Mackie have been working together in the Marvel Cinematic Universe ever since Captain America: The Winter Soldier was released in 2014. The two stars and their characters have come a long way, recently leading the Disney+ series, The Falcon and the Winter Soldier. Stan and Mackie have a playful energy onscreen as well as off. The actors are often taking jabs at each other in good fun, but Stan changed it up this week by finally saying something nice about his Marvel partner. While taking part in an interview with Esquire, the news that Mackie will soon be making his directorial debut came up, and Stan shared kind words.

“This is great, this is amazing,” Stan said of the news. “He’s gonna kill this. I mean, he’s… Listen, he’s… Talk about energy, you know? He’s one of the most charismatic people I’ve ever met in my entire life, and he will, no matter what, always lift you up. I just think him in a leadership role of any kind is good.”

Stan added, “We were on some red carpet or something and he goes, I don’t know what he said, he said something like, ‘Man, Sebastian Stan, you’re looking good, pow pow pow.’ I’m telling you, I get more people saying that to me now than anything else ever. They’re like, ‘pow pow pow,’ I’m like, ‘thanks.’ I guess Anthony coined that, you know, but that was pretty good.”

It was confirmed last year that Mackie will return to Marvel as the new Cap in Captain America 4. While it has not been revealed if Stan is attached to the project, it’s hard to imagine a Captain America movie without Bucky.  ComicBook.com recently had the chace to chat with Stan, who claimed his Marvel future is currently unclear.

“I don’t, I really don’t. I haven’t known that for ten plus years, I always am very happy when I get to live another day, hopefully before I get too old. We’ll see, anything is possible.” The Winter Soldier previously took to Instagram to post the news of Mackie starring in a Captain America 4, adding the caption: “Hell. Yes.”

Are you hoping Stan will appear alongside Mackie in Captain America 4? Tell us in the comments!

The Falcon and the Winter Soldier is now streaming on Disney+. Captain America 4 does not yet have a release date.