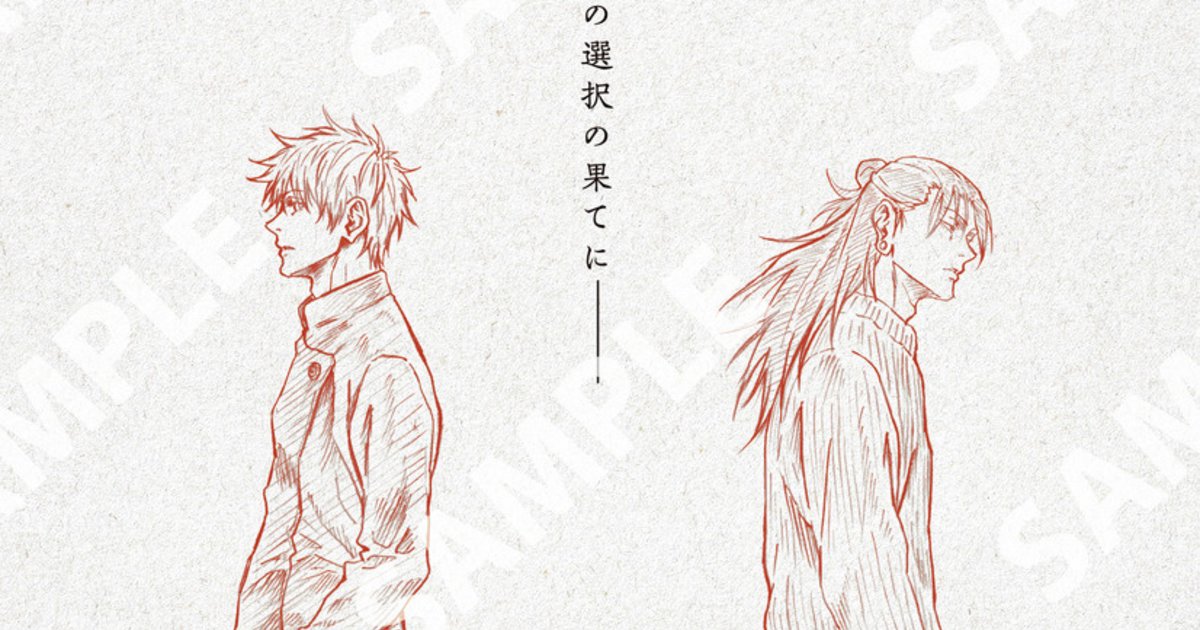 This is the powerful sorcerers’ first time being featured as a duo in an illustration used for merchandise. From February 5, it will be distributed in the form of a visual board as a freebie for viewers in Japan.

In addition to taking in over 9.8 billion yen at the box office, the film has been nominated for the Best Animation category in this year’s Japan Academy Film Prize.

Jujutsu Kaisen 0 is currently screening in Japan. It will also premiere in North America on March 18, 2022. Dates for other territories are yet to be revealed.