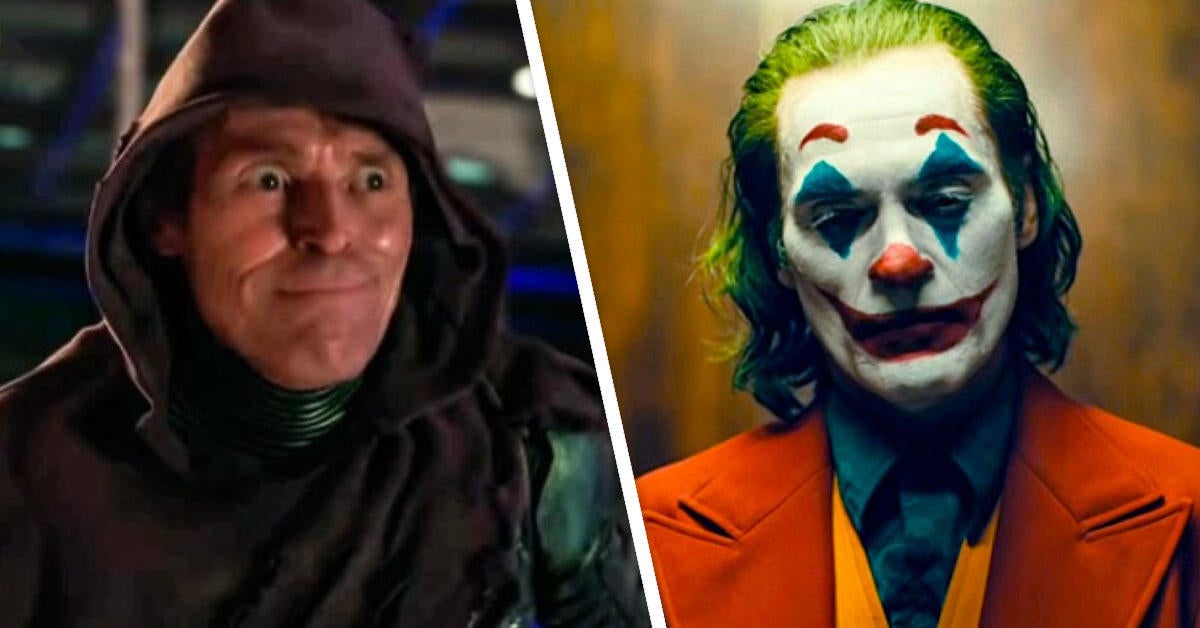 Willem Dafoe knows all too well you think he’d play a good Joker. During his hosting debut on Saturday Night Live, the Spider-Man star poked fun at the memes people have made of himself. Because of his expressive face, Dafoe said, most people would like to see him play the Crown Prince of Crime.

You can see the majority of Dafoe’s opening monologue below.

Interestingly enough, it was just earlier this month Dafoe suggested his own idea for a Joker flick in a magazine interview.

“There is something interesting about, like, if there was a Joker imposter,” Dafoe told GQ Magazine. “So it would be possible to have not only dueling Jokers but someone that says to be the Joker that isn’t the Joker. And that kind of opens up the possibility of an interesting story, particularly if you had Joaquin Phoenix’s Joker, and then you had someone who was either imitating or riffing off what he did. I fantasized about that. But other than that I am not talking to anybody [about it], you’re the first one.”

Warner Brothers has yet to officially announce a sequel to Phoenix’s record-setting Joker, but Todd Phillips previously hinted at the franchise’s future in an interview two years ago.

“When a movie does $1 billion and cost $60 million to make, of course it comes up,” Phillips explained with a laugh in a 2020 interview. “But Joaquin and I haven’t really decided on it. We’re open. I mean, I’d love to work with him on anything, quite frankly. So who knows? But it would have to have a real thematic resonance the way this one did, ultimately being about childhood trauma and the lack of love, and the loss of empathy. All those things are really what made this movie work for us, so we’d have to have something that had an equal thematic resonance.”

Dafoe can be seen in Spider-Man: No Way Home, now in theaters everywhere.

What other actors do you think could play an exceptional Joker? Let us know your thoughts in the comments section!