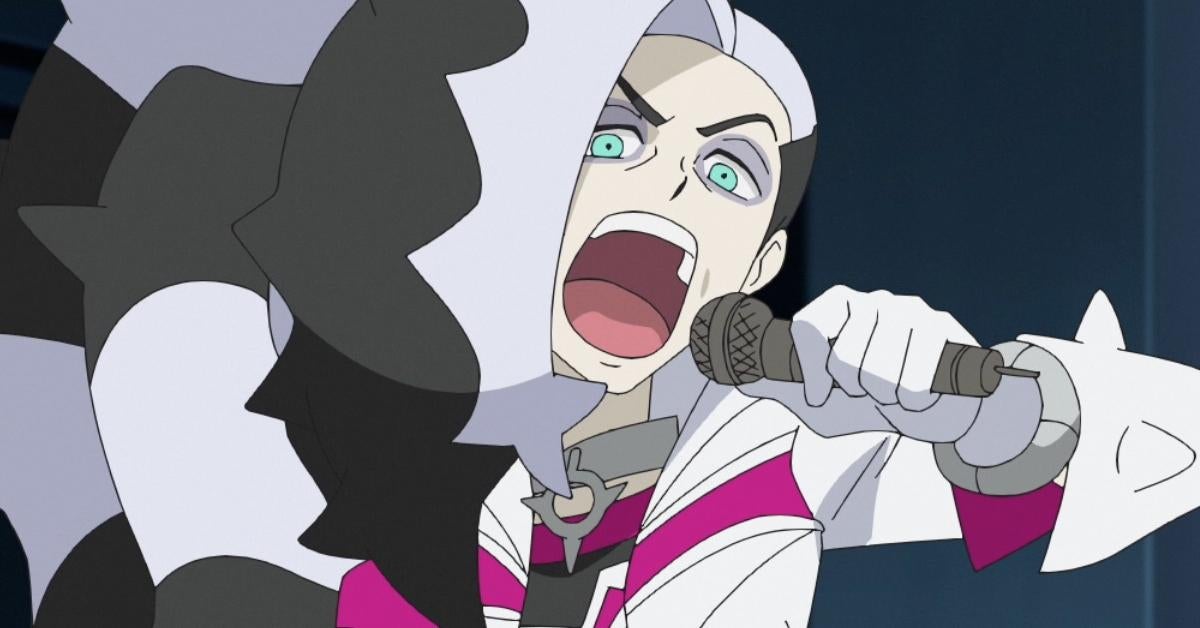 Pokemon Journeys is getting ready to welcome Marnie and Piers to the anime with an early promo for a future episode of the series! The newest iteration of the anime has seen Ash and Goh exploring every franchise introduced to the franchise thus far, but it has been at the cost of leaving the Galar region from the Pokemon Sword and Shield games largely unexplored. But there have been a few Galar faces making their debut in the anime so far, and now the series is getting ready to bring in two more fan favorites in an upcoming episode of the series.

The synopsis for Episode 99 of the series, which is currently scheduled to air on February 25th in Japan, has popped up online and it further confirms when Marnie and Piers will be showing up in the anime. Together with the first images of the Spikemuth duo, Pokemon Journeys has detailed what these new additions will be up to as Ash meets them as part of his journey up the ranks of the World Coronation Series tournament. That means we’ve got some big things ahead for these newbies!

Pokemon Journeys Episode 99 is titled “Marnie in Spikemuth” and it’s described as such (as spotted by @AnipokeFandom on Twitter), “Marnie stands in front of [Ash] as an opponent of the [World Coronation Series]. However, [Team Yell] trying to give Marnie a bye tells [Ash] a lie about the venue and [Ash] arrives in [Spikemuth]. There he meets Marnie’s older brother, [Spikemuth] Gym Leader, Piers. [Ash] hears from [Piers] about his thoughts on the [World Coronation Series] progress on his way to the real venue, [Wyndon], on his bike. The fierce battle of [Ultra Class] then begins…]”

The synopsis teases that Marnie will be battling against Ash as he continues to rise up the ranks of the Ultra Class, and if she’s anything like her role in the original games, and is on the same level as one of Ash’s fiercest rivals Bea, then there’s a good chance that this is going to be an explosive battle. His newest battles have been tougher than ever before, so we’ll soon see how it all shakes out with this new debut!

But what do you think? Are you curious to see what Marnie and Piers do in the anime? Wondering how Marnie’s battle with Ash is going to go? Let us know all of your thoughts about it in the comments! You can even reach out to me directly about all things animated and other cool stuff @Valdezology on Twitter!