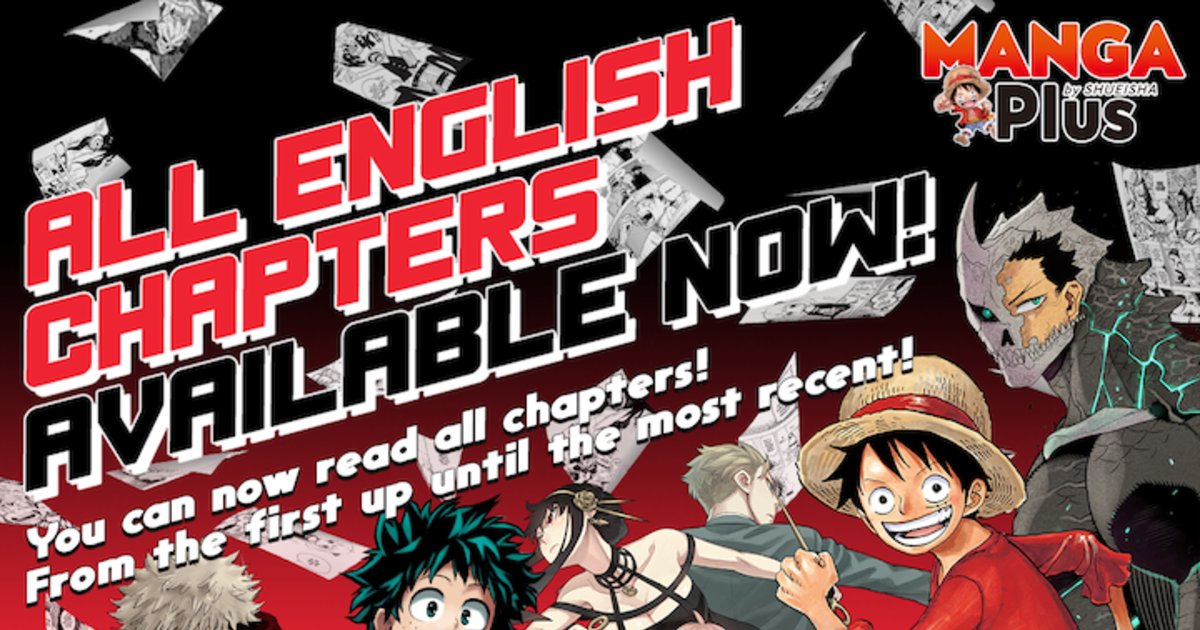 Official manga service MANGA Plus by Shueisha is giving fans the chance to read all chapters of its serialized English titles for free!

Exclusive to the MANGA Plus app for iOS and Android, the offer applies to over 30 series, including popular titles like One Piece, My Hero Academia, and Jujutsu Kaisen, as well as more recent hits like Spy x Family.

While it’s now easy to binge read your favorite series or dive into a new one, be sure to savor it, as each chapter can only be read once. The offer is available until January 2023, giving everyone plenty of time to take advantage of the free chapters.

Titled “First Read Free,” the campaign was launched to commemorate the third anniversary of MANGA Plus, which launched in January 2019. First released in English, the current version also supports French, Spanish, Portuguese, Thai, Russian, and Indonesian.

For more info, check the app or visit the official website.