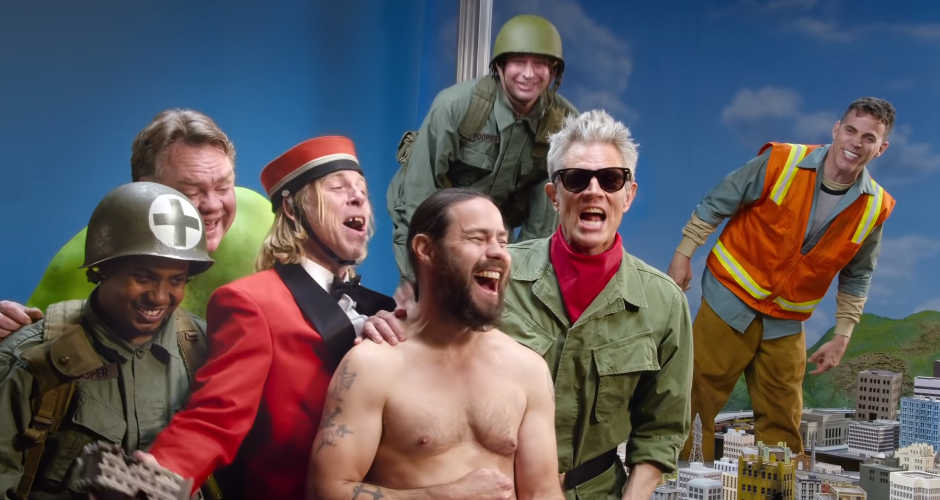 After a decade-long break, the Jackass crew has returned for their fourth feature film. Before the films, however, the crew spent a few years as a television show on MTV. Even prior to the show becoming a cult classic, it was shopped around to various entities in Hollywood. During this process, the concept of the prank show offended some of the top television executives in Hollywood, including those overseeing HBO.

In a recent chat with The Hollywood Reporter, Jackass mainstay Steve-O revealed the series was initially pitched to the premium cable network. “To make our [reel], they just used the Big Brother videos and subtracted the skateboarding. We took it to HBO first,” the stuntman said.

“Our plan was to just let Spike do the talking. He was the only legit one that everyone was interested in anyway, so we showed it with these two women, I don’t even remember their names,” Tremaine said.

He added, “They were offended and just disgusted by what we had just shown them. And I went, ‘Oh well, fuck, man. Good thing I didn’t quit Big Brother yet.’ And our second pitch was at MTV — and it was the exact opposite. We showed them the sizzle tape, and they were just dying laughing. And they wanted it right away.”

That very concept went on for three years of television and now, four feature-length films. As Tremaine previously told ComicBook.com, there’s even a Jackass 4.5 on the way.

“I don’t know when it comes out, but it’s good, man. There is one and it’s coming,” director Jeff Tremaine tols ComicBook.com. “It’s really strong,” Knoxville added.” Tremaine continued, “Yeah … because it sort of tells you the quality of the movie. Like 4.5‘s this good, that means the movie’s really good, at least in our minds.”

The synopsis for the latest in entry in the franchise can be found below.

“Celebrating the joy of being back together with your best friends and a perfectly executed shot to the dingdong, the original jackass crew return for another round of hilarious, wildly absurd, and often dangerous displays of comedy with a little help from some exciting new cast. Johnny and the team push the envelope even further in Jackass Forever.”