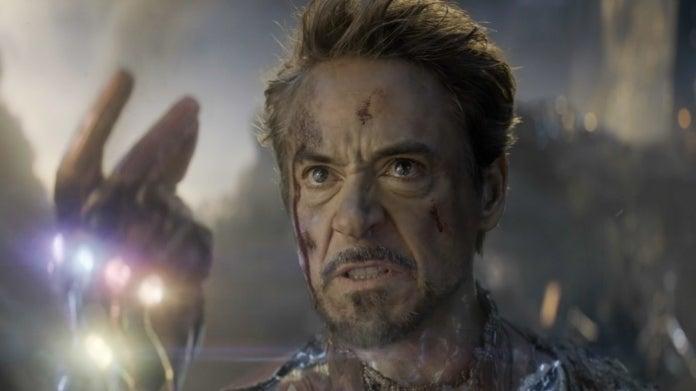 In April, it will be three years since Avengers: Endgame opened in theaters and changed the Marvel Cinematic Universe as we knew it. In that time, fans have pored over every detail of the movie as well as examined how Endgame connects to the latest phase in the MCU through television shows such as WandaVision and Loki and films like Spider-Man: No Way Home, but one topic comes up regularly: plot holes. With a franchise the size of the MCU, some plot holes or missteps in continuity are to be expected, but some fans are questioning if one of the biggest events in Endgame is itself a major plot hole. Specifically, some fans are wondering if the death of Tony Stark/Iron Man is one and if the Avenger really had to die to undo The Snap.

On Reddit, a fan posted a meme that laid out the argument for Iron Man‘s death being a plot hole clearly. The meme features Thanos preparing to snap the Gauntlet (“I am inevitable.”) but instead of Tony responding with “And I’m Iron Man”, the text notes that “And I am… going to quickly hand this glove off to someone else. There’s a whole bunch of powerful beings on our side, all right here. Plus, I can fly. And you’re not much of a threat without the stones. Also, it’d be reckless to leave my young daughter behind for literally no reason. I can actually see Captain Marvel from where I’m standing.”

If you’re somehow not quite getting the point, what the meme is pointing out is that Iron Man had a clear advantage in this moment. Thanos didn’t have the Infinity Stones. There were many other heroes who arguably had the physiology to withstand snapping. Iron Man arguably could have kicked the responsibility to someone else, sparing himself as well as still ending the threat of Thanos once and for all — and bringing everyone back to boot. If you take that at face value, it does beg the question why he didn’t and why he instead chose to take on the responsibility himself and die in the process, however, if you dig just a little deeper this isn’t necessarily a plot hole.

One of the details of Iron Man being able to wield the Stones in the first place is his suit. It’s the tech in said suit—specifically the nanotechnology—that allows him to form a “glove” that holds the stones and allows him to use them. This isn’t a situation where there is necessarily a Gauntlet or a device that he can just take off and hand to another hero since Tony already had to rip the stones from the existing Gauntlet to prevent Thanos from using them. There was simply nothing to hand off. Even if there had been, there was the realistic possibility that Tony might not have been able to successfully get the Stones to another hero securely. As some posters noted, the battlefield was a chaotic place. Even if Thanos didn’t get the Stones back directly, any of his army or agents could have acquired it and then passed it off to him. Grabbing the Stones in the first place was quick thinking by Tony. Using them immediately was the only way.

There’s also the matter of Doctor Strange. In the moment before Tony attacked Thanos and managed to swipe the Stones, Doctor Strange made eye contact with Tony, and held up just one finger, a reference to this being their only chance in 14 million different outcomes in which they can win. With those kinds of odds and the outcome should they fail being the complete destruction of everything, there’s no way Tony is going to take the chance of passing the ball as it were—especially when his daughter’s is one of the billions that would be saved by ending Thanos at all costs.

While the meme shared on Reddit is correct in that there were certain advantages that Iron Man had over Thanos in the moment and that there were a few other heroes available that might have fared better executing the snap, Tony’s death isn’t a plot hole. It lines up well with the details of the situation—specifically the nature of the battle at that point and how Tony was able to wield the Stones in the first place—as well as the person Tony had become over the course of his story arc in the MCU. While it sucks that a beloved character met his end, it’s a fitting death and one that makes a lot of sense in context.

What do you think? Is Tony’s death in Avengers: Endgame a plot hole or do you think the details of the situation work out to be a justified death and there are other potential plot holes to consider? Let us know your thoughts in the comment section!