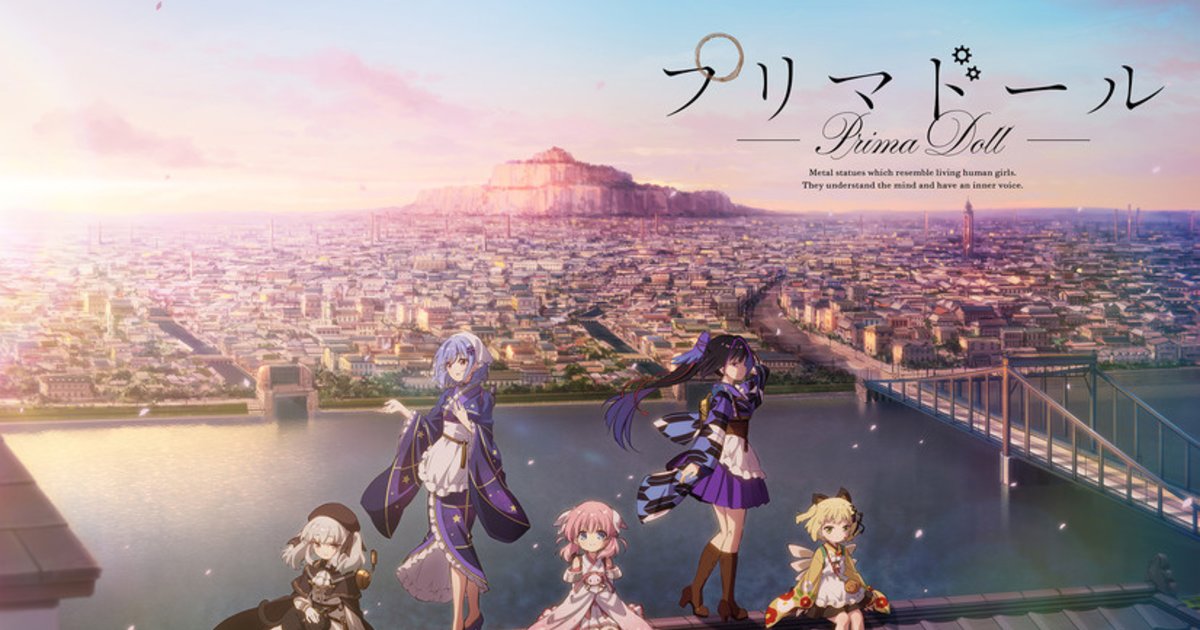 Mixed-media project Prima Doll, created by Clannad and Angel Beats’ Key and Visual Arts, is getting a TV anime adaptation this year!

Prima Doll revolves around autonomous robot dolls known as automata, who were originally developed for military use but are now working at a coffee shop named Kuronekotei.

A key visual and teaser trailer were released with info on the main staff and cast.

Cast members for the automata have also been confirmed: Azumi Waki ( Uma Musume Pretty Derby ) as Haizakura, Tomori Kusunoki ( My Senpai Is Annoying ) as Karasuba, Miyu Tomita ( Combatants Will Be Dispatched! ) as Gekka, Yuki Nakashima ( BanG Dream! ) as Hokiboshi, and Akari Kito ( Fly Me to the Moon ) as Retzel.