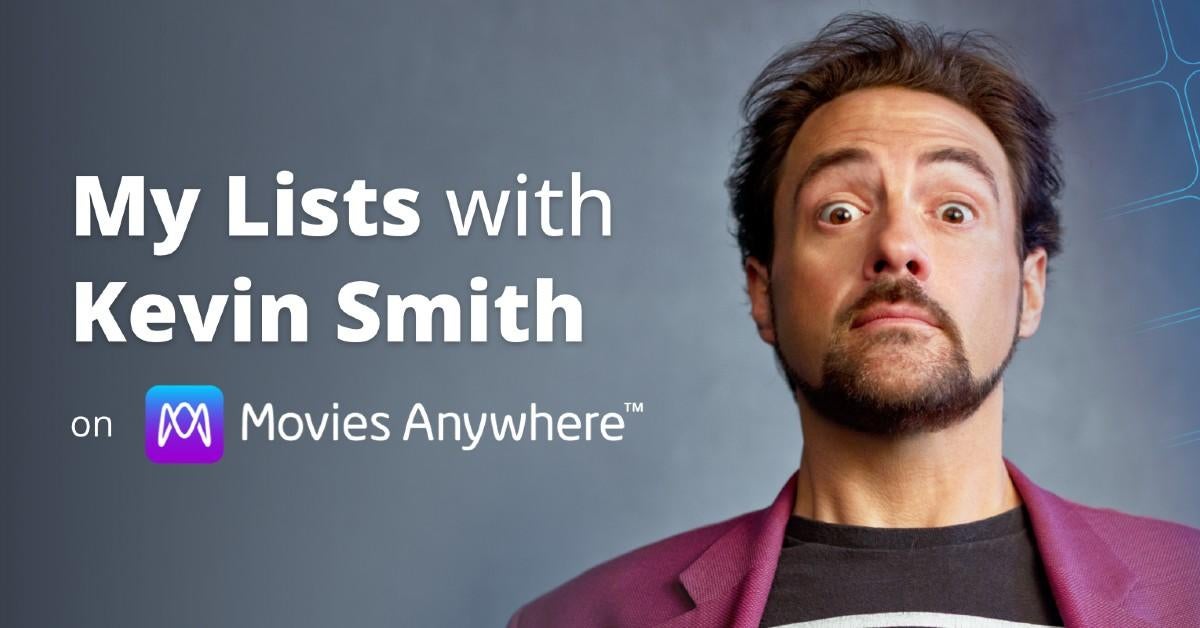 Movies Anywhere has teamed with acclaimed filmmaker Kevin Smith for a special look at his movie library, including a list of his Top 10 Marvel Cinematic Universe movies created in the app’s My List feature. With over 20 films making up the MCU, there are a lot of tough choices to make to widdle the list down to just 10. Plus, you have to factor in ranking each of those 10 films. Smith took on the task of creating his definitive list, with a lot of fan-favorites making the cut. Of course, top franchises from Avengers, Captain America, Iron Man, Thor, and Guardians of the Galaxy are well represented.

My Lists is a new feature provided in Movies Anywhere to allow users to organize their movies. They can either let the app use its AI machine learning to auto-generate lists specifically for each user, or curate their own lists themselves. Suggested lists are broken down by genres, people, franchises, or themes that takes into account a person’s movie watching and purchasing habits. My Lists are fully customizable, meaning they can either create their own lists or tweak the auto-generated lists to their liking. Movies Anywhere notes that Kevin Smith chose to tweak the lists the app created for him.

Smith’s MCU list, titled “My Marvel Top 10,” can be found below in order from 10 to 1. The filmmaker does make a point to note that these are just Marvel Cinematic Universe films, not including Sony’s Spider-Man offerings like Spider-Man: No Way Home. A video of him revealing each selection can also be found here.

“Captain America: Civil War. Everything we’ve always wanted when they started these comic book movies,” Smith said. “Give us hero-on-hero action, and they did, and it was amazing.”

“Guardians of the Galaxy: Vol. 2. Really touching movie. A funny movie as hell. But touching when it comes to the Yondu stuff.”

“Taika Waititi just takes Thor and blows it apart and makes it wonderful.”

“The Russo Brothers… a wonderful job. One of the firsts where they branch out and go, ‘Oh, it’s not just always a superhero movie.’ Sometimes it’s superheroes plus a spy story.”

“Ryan Coogler’s piece of brilliance. Historic and wonderfully made. Michael B. Jordan is one of the most complex Marvel villains as Killmonger. Such a great movie.”

4. Guardians of the Galaxy

“Number 3 on my list is Avengers: Infinity War. World-ending, team-up epic. So big they had to split it up into two movies, and that second movie is Number 2 on my list.”

“One of the best experiences I’ve ever had in a theater. When Cap has Mjolnir… ohhh, everyone went nuts.”