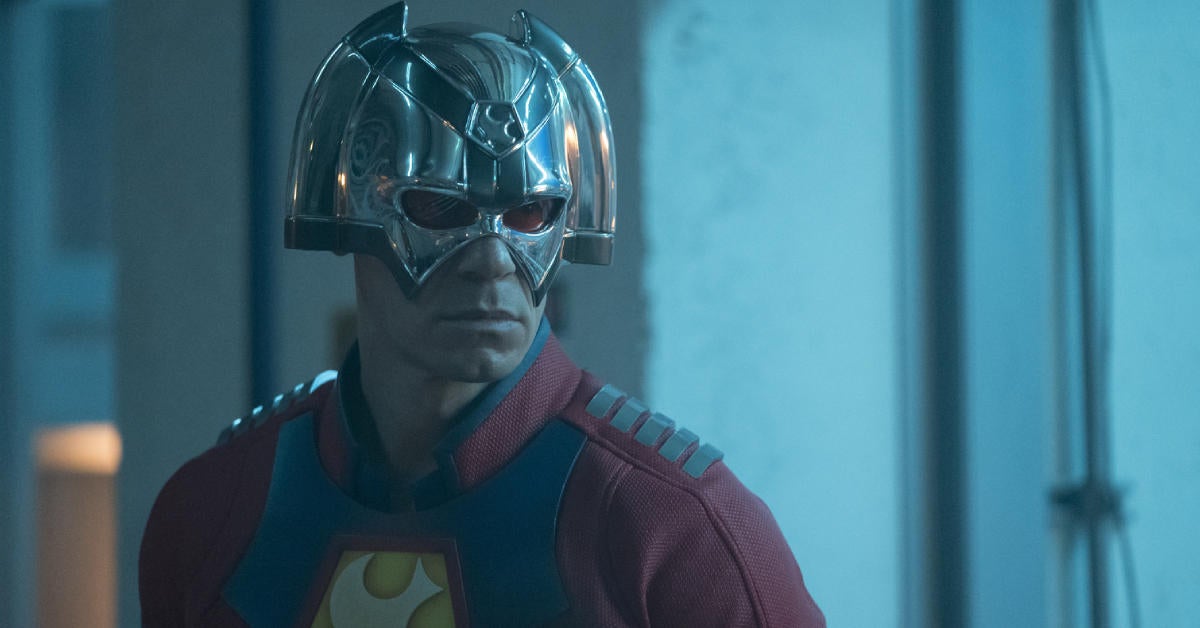 The fifth episode of DC’s Peacemaker made its debut on HBO Max on Thursday, taking the stakes of the weird and wild live-action series even further. The episode provided some fascinating emotional beats with regards to Christopher Smith / Peacemaker (John Cena) and his newfound group of allies, as well as details around the conspiracy of Project Butterfly. In the process, the installment paid off of the tease of an escaped gorilla from the local zoo in the previous episode — and might have included the live-action debut of an incredibly obscure DC Comics character. Spoilers for Episode 5 of Peacemaker, “Monkey Dory”, below! Only look if you want to know!

The episode saw Peacemaker and the rest of his team continuing to investigate Project Butterfly, and discovering the distribution center for the Butterflies’ food source. The attempt to take the facility down quickly grew into a bloody and deadly affair — one that was only escalated with the arrival of Charlie the Gorilla, who was also among the beings possessed by a butterfly. The gorilla, which was possessed by a Butterfly, nearly attacked Peacemaker, only to be sawed in the chest with a chainsaw and killed by John Economos (Steve Agee).

While Charlie’s brief (and violent) appearance on Peacemaker had made some wonder if he was really an established ape character like Gorilla Grodd or Ultra-Humanite, the real tie the character might have to DC Comics is much more interesting. Charlie the Gorilla first appears on the cover of 1966’s Star-Spangled War Stories #126, in a provocative image of him in military fatigues, shooting at an enemy soldier. The text on the cover proclaims “‘You can’t pin a medal on a Gorilla!’ Featuring the only Non-Com who escaped from a zoo to join the Marines — Sgt. Gorilla!”

The issue’s story chronicles the adventures of Charlie, a monkey trained in hand-to-hand combat and other military moves, which he and his ally Pinky Donovan used to entertain the troops. When Donovan is called into war, Charlie is accidentally shipped in a crate along with him — and mistaken for a real human soldier. Charlie then survives a fiery boat explosion and fights enemies, with his fellow soldiers eventually embracing him as one of their own. Charlie ultimately receives a medal for his bravery, and is asked to stay within the military.

While it’s not officially confirmed that Peacemaker‘s Charlie the Gorilla is a direct reference to the comic counterpart, the similarities are uncanny. And given the series’ penchant for bizarre DC Comics references, it doesn’t seem out of the question that it could have been an intentional homage.

“It’s almost like playing a massive prank on the DCU making Bat-Mite canon,” series creator James Gunn recently told ComicBook.com. “I think I can’t say there was some big thought process to it. I’m writing, and these things come up, and then I just sort of go with them. I do think that Peacemaker’s relationship to other superheroes is very specific. He is envious. He wants to be in that holy trinity of Batman, Superman, and Wonder Woman. He is not. He wants to be a member of the Justice League, and they would never let him into the Justice League. He wishes that people loved him as much as they love Aquaman, but they don’t.”

“So he believes anything and kind of picks out what he wants to believe on the Internet, which any random Joe has tweeted or put on,” Gunn continued. “He also doesn’t quite understand the Internet. He’s not very well versed in the Internet, so he sees something on Facebook, and somehow he thinks that’s fact. But I think that it also serves his envy to be these things about people.”

What do you think of Peacemaker‘s take on Charlie the Gorilla? Share your thoughts with us in the comments below!