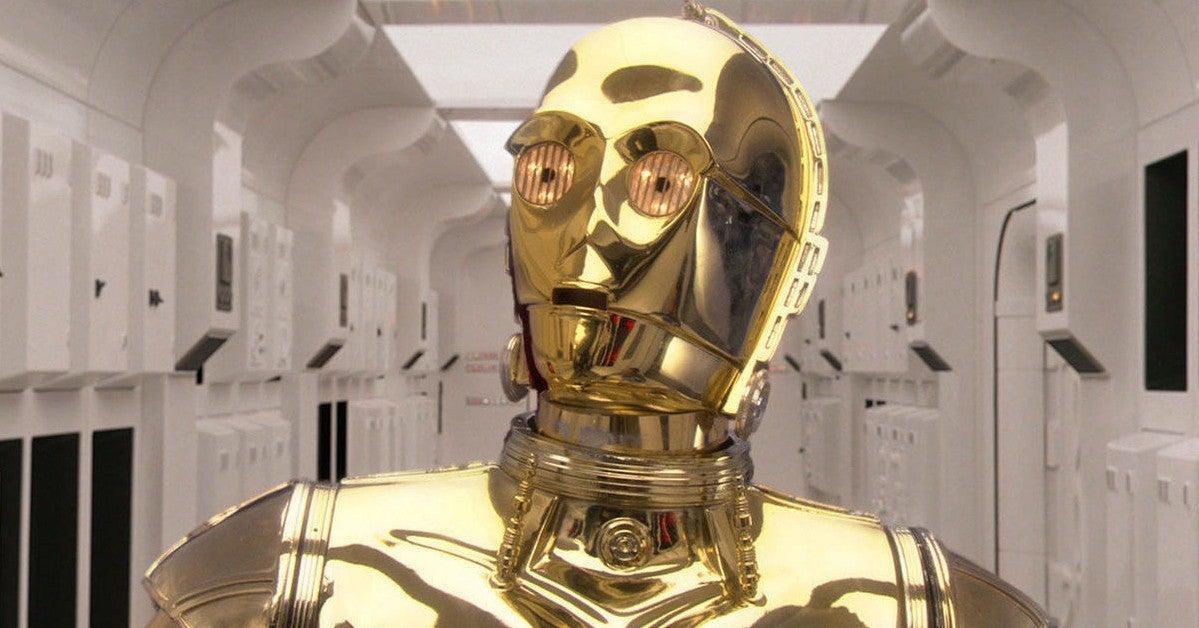 Anthony Daniels has revealed a behind-the-scenes photograph of himself in a motion capture suit, revealing to fans that he will be returning to the role of C-3PO in an upcoming project. The obvious choice is A Droid Story, an upcoming, animated special for Disney+. While Daniels has not previously been announced as part of the project’s cast, C-3PO is definitely one of the characters featured in it, and Daniels has consistently said “yes” to returning to the character, regardless of the scope or nature of the role, from movies to video games to theme park attractions and beyond.

Star Wars News picked up the post, and filled in some blanks with regard to A Droid Story. Other than teasing that it’s C-3PO, Daniels himself remained mum…which is to be expected on a Star Wars project, where the team behind production is notoriously secretive.

“As Lucasfilm continues to develop new stories, the intersection of animation and visual effects offers new opportunities to explore,” Lucasfilm chief Kathleen Kennedy said at the time of the project’s announcement. “Lucasfilm Animation will be teaming up with Lucasfilm’s visual effects team, Industrial Light & Magic, to develop a special Star Wars adventure for Disney+, A Droid Story. This epic journey will introduce us to a new hero, guided by legendary duo R2-D2 and C-3PO.”

With C-3PO and R2-D2 centering the animated film, Star Wars: A Droid Story will see the pair embarking on a journey with an all-new hero. The project will see a partnership between Lucasfilm Animation and Industrial Light & Magic, so we can likely see the film embracing ambitious animation techniques to tell the story when it lands on Disney+ in 2021.

Details about its actual narrative were ambiguous, so other than knowing that it features these beloved droids, we just know that it will take place at a time when they actually know each other, meaning either during the events of the prequel trilogy or after their “reunion” in Star Wars: A New Hope.

Of course, there are over a dozen Star Wars projects currently in production, which means it could be a big leap in logic to immediately assume that any one is the one being teased here. The actor has previously said that he would be game to keep plaing the Droid as long as he is able.