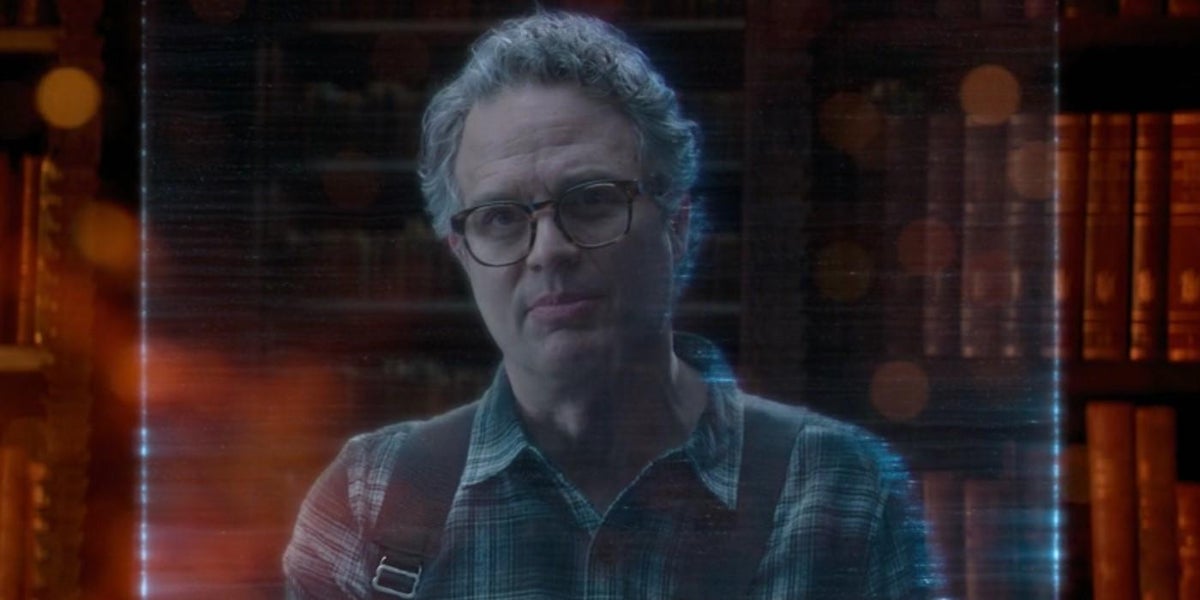 The closing moments of Shang-Chi and the Legend of the Ten Rings saw the eponymous hero seemingly join the ranks of the Avengers, conversing with Wong (Benedict Wong), Captain Marvel (Brie Larson), and Bruce Banner (Mark Ruffalo) within the halls of the Sanctum Sanctorum. The scene in question shows both Danvers and Banner researching the Ten Rings and how they came to be.

While neither of the heroes were able to determine the source of the magical MacGuffins, they were the only two Avengers to film lines for the sequence. Shang-Chi visual effects Christopher Townsend confirmed as much in a recent chat with ComicBook.com.

Sean Walker, a VFX supervisor with Weta Digital, led the team that worked on the scene. Earlier this month, he told Variety that Banner was working at his own laboratory during the moment. “I just sat down two compositors and two effects artists, and just said, ‘Come up with something and let your imagination go wild.’ Within four days they came up with the entire sequence,” he told the trade.

With Townsend at our disposal, we asked about Danvers’ whereabouts during the scene in question.

“You need to keep watching the MCU films to figure it all out,” the VFX boss told us.

Marvel Studios’ Shang-Chi and the Legend of the Ten Rings is now available on Disney+, all major digital platforms, and wherever physical movies are sold. Shang-Chi 2 doesn’t have a release window yet.

What’d you think of Shang-Chi’s film debut? Let us know your thoughts either in the comments section or by hitting our writer @AdamBarnhardt up on Twitter to chat all things MCU!