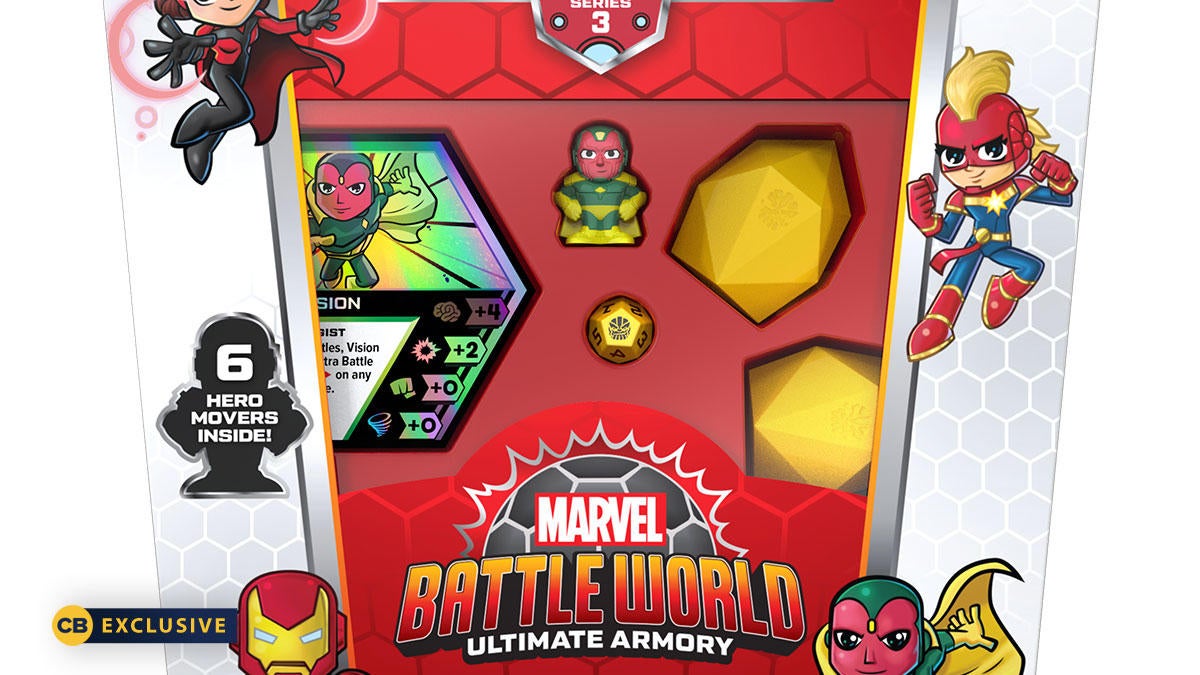 The Marvel Battleworld series from Funko Games is expanding once again with Series 3, and we’ve got your first look at the all new wave right here! Marvel Battleworld: Series 3 Ultimate Armory brings 30 new characters to the game for fans to collect and play, and all 30 are inspired by Marvel’s Armor Wars storyline. Ultimate Armory also introduces a brand new mechanic to the popular series in the form of an Armor Token, which will help your heroes become more powerful and make the battles themselves all the more exciting. Fans can get their hands on the new wave in March of this year, and you can get your first look at some of the new characters in the set (including Winter Soldier and Ms. Marvel) and the new Mega Pack starting on the next slide.

Like previous waves, Ultimate Armory will feature a new Mega Pack with six characters in the pack ready to play. Those characters include an exclusive Classic Vision variant (with a foil card), though as always you can just pick up a Series 3 Battle Ball, which includes a single hero and a Thanostone that contains another hero to unlock.

Other heroes in the wave include Winter Soldier, Ms. Marvel, Hulkbuster, Iron Man, and more, and Scarlet Witch is also featured on the Mega Pack cover.  You can pick up the new wave in March of this year, and you can find the official description for Ultimate Armory below.

“Marvel Battleworld is a cooperative, expandable, collectible adventure game featuring dozens of Heroes from all over the Marvel Universe. Marvel Battleworld: Series 3 Ultimate Armory introduces new locations, characters, and gameplay elements. Choose your Heroes and visit locations such as Technopolis and Monster Metropolis as you team up to save Battleworld. Ultimate Armory also introduces new Armor Tokens to make battles more challenging while also powering up your Heroes!”

You can check out the first look at the new set starting on the next slide, and as always you can talk all things tabletop and Marvel with me on Twitter @MattAguilarCB!