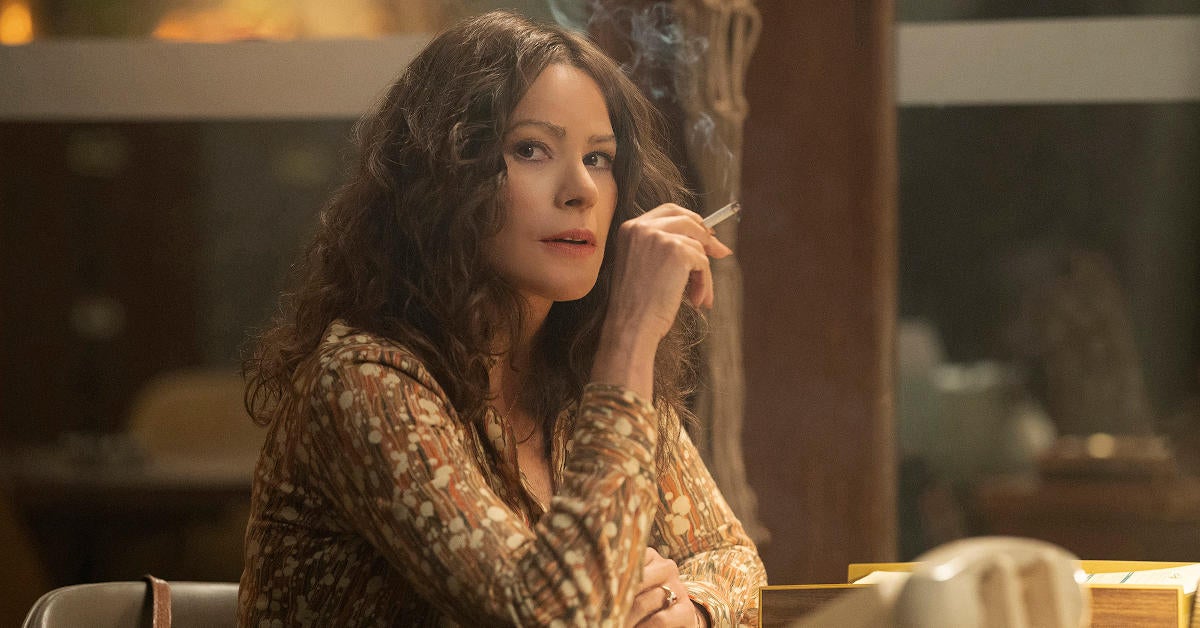 Modern Family star Sofia Vergara is unrecognizable in her makeup and costume as infamous Columbian drug lord Griselda Blanco Restrepo – aka “The Godmother.” In the first-look photo from the upcoming Netflix limited series Griselda (from Narcos: Mexico showrunner Eric Newman), we see Vergara channeling Griselda’s cunning and menace while simply sitting in a diner smoking a cigarette. Without a doubt there’s probably more to the scene we’re seeing, but in terms of generating awareness and hype, this first look at Griselda certainly does the job; any fan of Vergara will certainly want to know more about this radical change to the Columbian actress’s appearance.

Griselda Blanco is the notorious Colombian drug lord known as “La Madrina, the “Black Widow,” the “Cocaine Godmother” and the undisputed Queen of Narco-Trafficking. She was a figure in Columbia’s infamous Medellîn Cartel, and a key pioneer in making Miami, New York, and Southern California premiere import locations for the cocaine drug trade, from the 1980s through the 1990s. Blanco was suspected of being responsible for over 200 murders, but nonetheless became the first female criminal billionaire in the world, running her empire from prison from the mid-80s to the 2000s.

“Griselda Blanco was a larger-than-life character whose ruthless but ingenious tactics allowed her to rule a billion-dollar empire years before many of the most notorious male kingpins we know so much about,” says Sofia Vergara said in a statement when her casting was announced. “We are thrilled to have found the perfect partners in Eric, Andrés and Netflix to help us bring this story of her life to the screen.”

Eric Newman added that, “Griselda Blanco has long been a passion project for Sofia, and we are grateful that she and her partners at LatinWe have chosen us to help her tell that story. Sofia is a brilliant talent and her passion combined with a fantastic story from Doug and Ingrid, and the amazing Andrés Baiz at the directing helm, means we have a very exciting series to share with audiences.”