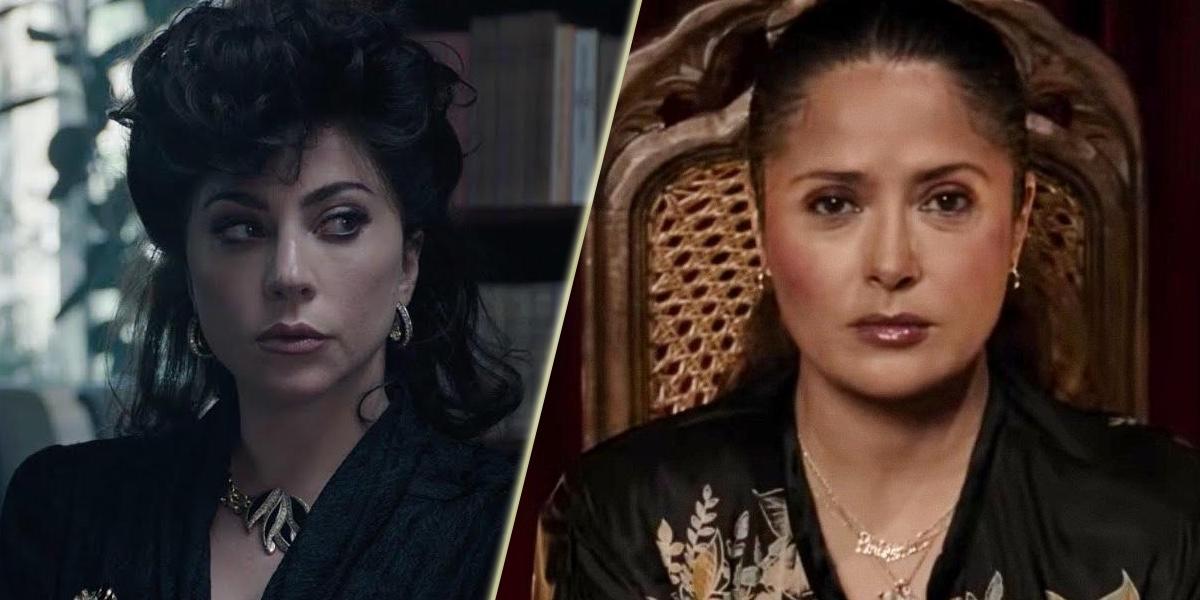 House of Gucci left some steamy content on the cutting room floor according to Lady Gaga. During a fan question during the press tour for the film, the singer explained there was a “sexual relationship” between she and Salma Hayek‘s character (credit: PopCrave). He co-star laughed and confirmed it was true. Gaga joked that maybe it could make it out to the public in the director’s cut. From previous comments on this press tour, it’s clear that the entire cast had a ball making House of Gucci. Isn’t it amazing to think that there are still details surfacing. With the way fans rally for additional content, nothing truly goes away forever. But, it seems unlikely that Hayek and Gaga’s love story will see the light of day anytime soon. Read what she had to say down below.

“There’s a whole side of this film that you didn’t see where Pina and I developed a sexual relationship,” Gaga explained. “This is a testament to the director, because he allowed us to go there. I remember being on set with Salma and going, ‘So, after Maurizio dies, maybe… it gets hot…'”

Lady Gaga says that her and Salma Hayek’s ‘House of Gucci’ characters developed a sеxual relationship in scenes that didn’t make the final cut. pic.twitter.com/yuU5Ov2nis

In a previous interview, the Grammy-winner explained how the boundaries between her performance and her life broke down. Frightening to consider honestly.

“I don’t think that any actor should push themselves to that limit. And I ask myself all the time why I do that. I’ve done some pretty extreme art pieces throughout my career — the things I’ve put my body through, my mind. It’s like a walnut of sadness in my stomach as I say this to you,” she revealed. “I don’t know why I’m like that. I think that the best answer I could give you is I have a sort of romantic relationship with suffering for your art that I developed as a young girl, and it just sometimes goes too far. And when it does go too far, it can be hard to reel it in on your own.”

“I had a psychiatric nurse with me towards the end of filming,” the pop star added, “I sort of felt like I had to. I felt that it was safer for me.” That’s because I was always Patrizia. I always spoke in my accent. And even if I was speaking about things that weren’t related to the movie — I wasn’t pretending that Maurizio [her husband played by Adam Driver] was waiting for me downstairs — I was still living my life. I just lived it as her.”

Here’s a description of House of Gucci:

“House of Gucci is inspired by the shocking true story of the family behind the Italian fashion empire. When Patrizia Reggiani (Lady Gaga), an outsider from humble beginnings, marries into the Gucci family, her unbridled ambition begins to unravel the family legacy and triggers a reckless spiral of betrayal, decadence, revenge, and ultimately…murder.”

What do you think we missed? Let us know down in the comments!