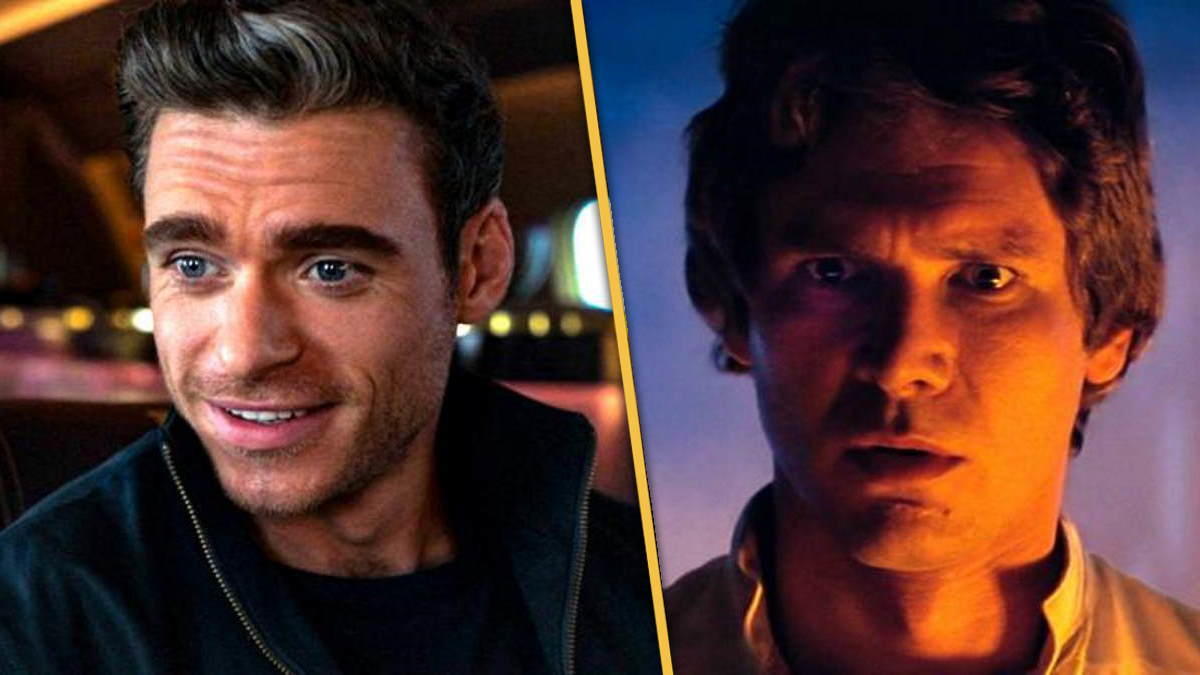 Marvel Studios’ Eternals is now streaming on Disney+. In revisiting the movie via streaming, some noticed a Star Wars easter eggs that went largely unnoticed in theaters. Reddit user u/OscarTMJ noticed the Easter egg during the scene aboard Kingo’s plane. There’s a television above the aircraft’s bar, and it’s playing what should be a familiar scene to Star Wars fans. That’s because the TV is showing Star Wars: The Empire Strikes Back, a nod to Disney’s other massive media franchise. The TV seems to jump around to different moments from the movie, which is likely due to multiple shots being filmed and cut together during post-production on Eternals. You can see an example from Reddit below.

Disney debuted Eternals in November following multiple delays due to the COVID-19 pandemic, making it the first Marvel Studios movie released exclusively in theaters since the pandemic began. It became available to stream on Disney+ last week. Special features and commentary from the film will soon follow.

Guys I found something! The Empire Strikes Back is playing in the background of Eternals. from
marvelstudios

Eternals is the lowest-rated Marvel Studios movie on Rotten Tomatoes, the studio’s first rotten reception. However, director Chloe Zhao seemed unbothered by the review aggregator’s rating and encouraged fans to check the movie out on Disney+.

Eternals earned a four-out-of-five review score from ComicBook.com’s Jamie Jirak. “Eternals will likely be one of the more divisive films in the Marvel Cinematic Universe,” she wrote. “The strong characters and visuals will be enough for some fans to consider it one of the best of the franchise while others will find its messy plot and extended runtime a hard pill to swallow. No matter how you feel about Eternals, there’s no denying Phase Four is off to an exciting start.”

Marvel Studios’ Eternals introduces a new group of heroes to the Marvel Cinematic Universe. These ancient aliens have lived on Earth in secret for thousands of years. Following the events of Avengers: Endgame, an unexpected tragedy forces them out of the shadows to reunite against humanity’s most ancient enemy, the Deviants.

What do you think? Let us know how you feel about it in the comments section. Eternals is streaming now on Disney+.