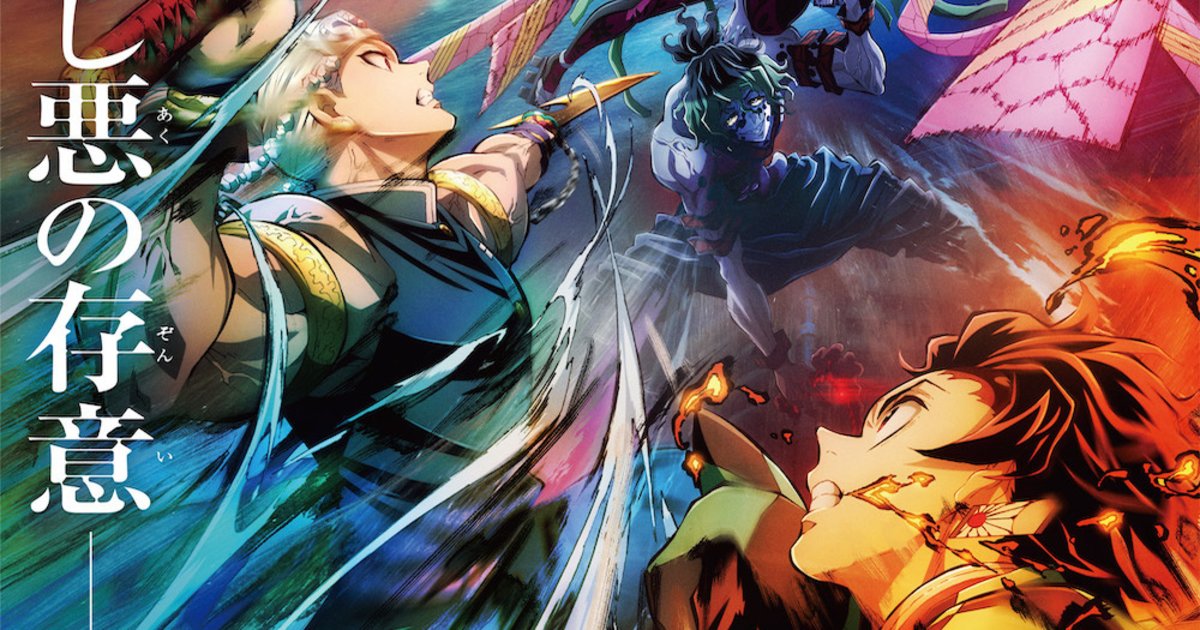 In addition to being brother and sister, Gyutaro and Daki are the primary and secondary holders of the Upper Rank Six position in the Twelve Kizuki. While Daki made her anime debut in December 2021 with episode 36, Gyutaro appeared on the scene in episode 40, which aired on January 16, 2022.

Fans can also admire the visual in greater detail with a promo video.

Created by Koyoharu Gotouge, Demon Slayer: Kimetsu no Yaiba follows kindhearted charcoal seller Tanjiro, whose life changes forever when his family is attacked by demons. In order to return his sister, who is now a demon, to her former state and avenge his family, Tanjiro sets out on a dangerous journey.

Demon Slayer: Kimetsu no Yaiba is currently airing in Japan. Overseas fans can also enjoy the Entertainment District arc through Crunchyroll and Funimation.