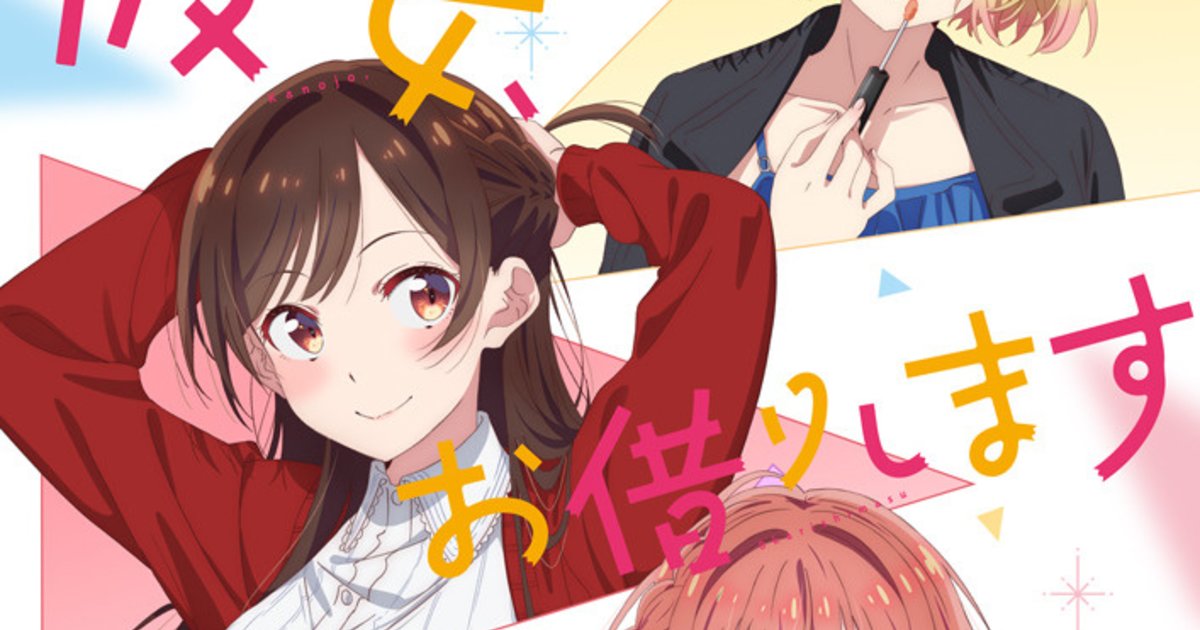 Comedy anime Rent-A-Girlfriend will be back this July with Season 2!

Fans can get a peek at Kazuya and the girls in a new trailer and visual. Reiji Miyajima, the original manga’s author, has also penned a special illustration to celebrate the upcoming season.

Rent-A-Girlfriend follows Kazuya, a college student who rents a girl named Chizuru as his girlfriend after being dumped. However, things get complicated when he’s forced to keep up the charade, even after realizing that they’re neighbors who go to the same college.

The first season aired from July to September 2020 with twelve episodes. It can be streamed outside Asia at Crunchyroll.

Rent-A-Girlfriend Season 2 will air from July 2022.