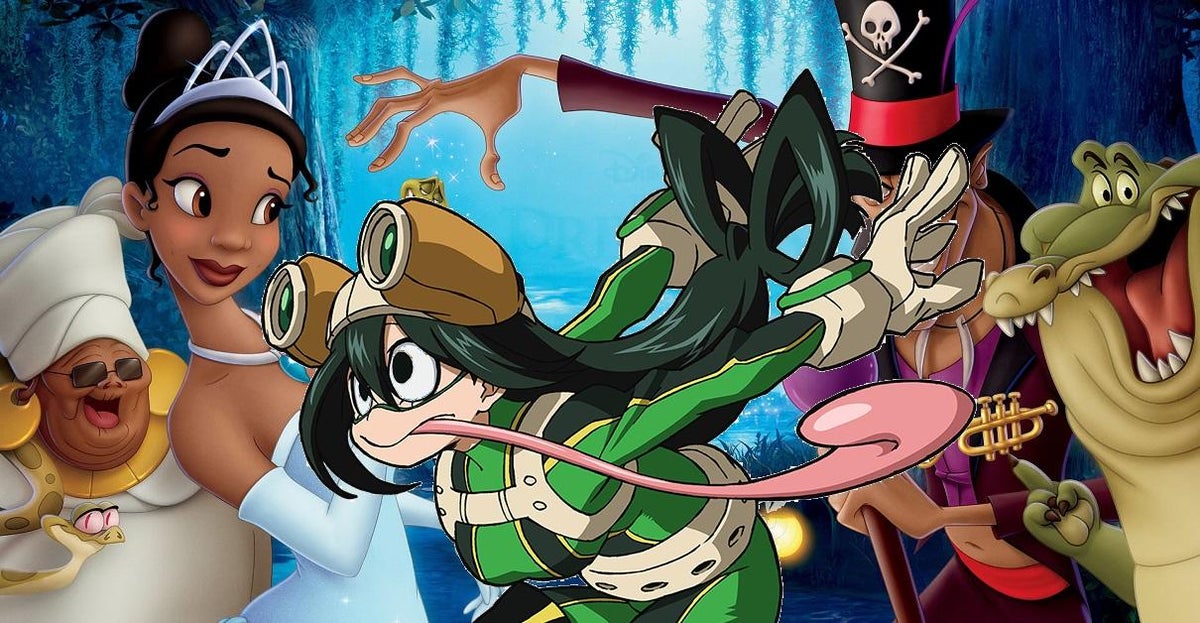 My Hero Academia hasn’t introduced any princesses over the course of its years of telling stories following the young heroes of UA Academy, but one cosplayer decided to change things up by fusing Froppy and one of the biggest members of royalty within the Disney line-up. With the Shonen series set to retun with a new season this fall, adapting the War Arc that pits the young heroes against the vast forces of Shigaraki and his Paranormal Liberation Front, expect Froppy to make more than one appearance.

Princess And The Frog is obviously a Disney animated movie that seems as if it was tailor-made for the character of Froppy, releasing in 2009 and telling the story of Tiana as she attempts to regain her human form after being transformed into a frog herself. Bringing in hundreds of millions of dollars at the box office, the film never received a sequel but has lasted the test of time when it comes to Disney movies. While Froppy isn’t a princess herself, her ties the world of amphibians has helped her in defeating some major enemies in her time and will come in handy when she is staring down the forces of the Paranormal Liberation Army with her friends at UA Academy.

Instagram Cosplayer Tala Loves You shared this new take on Froppy, fusing her with the Disney Princess Taina from Princess And The Frog, bringing together two amphibian characters that are some of the most recognizable in the world of animation both in the East and the West:

Froppy has had the opportunity to shine not just in the main adventures of My Hero Academia, but also with episodes that gave us stories that were only for the anime. Froppy’s powers give her the strength, speed, and agility of an amphibian, while also revealing a new ability in the latest season wherein she can camouflage herself within her surroundings. With the War Arc set to see major casualties on both sides of the equation between good and evil, a number of fans are crossing their fingers that Froppy will make it out of season six of the series alive and well.

What do you think of this new spin on Froppy? Feel free to let us know in the comments or hit me up directly on Twitter @EVComedy to talk all things comics, anime, and the world of UA Academy.