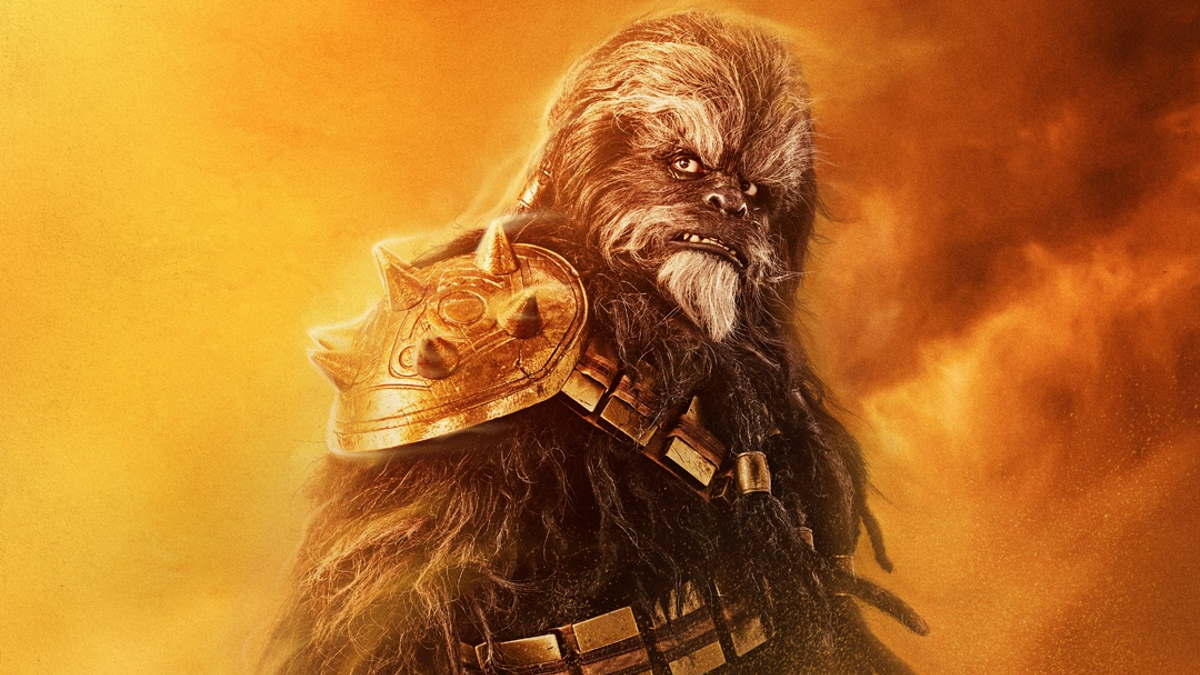 The Book of Boba Fett has officially released three episodes and there are plenty of new and old characters for Star Wars fans to love. Folks are especially enjoying the Wookie bounty hunter named Black Krrsantan, who first appeared in Darth Vader #1 seven years ago and was a fixture in the Doctor Aphra comic series. Kieron Gillen, the Eisner Award-nominated comic book writer who created Black Krrsantan with artist Salvador Larroca, recently explained how to pronounce the Wookiee’s name (K-rur! san-tan). In another recent post, Gillen shared his hilarious working name for the character when he was creating him.

Honestly, going back to my first drafts and finding working names for all my characters could be a fun exercise. There’s a lot of SEARCH AND REPLACE as I move to finalise a script.

In the comics, Black Krrsantan has a dark history. The disgraced Wookiee departed his home planet only to become a fighter in a gladiator pit. He escaped and became a bounty hunter, working under the employ of Jabba the Hutt and occasionally Darth Vader. Boba Fett and Black Krrsantan also know each other in the comics, having worked together on a few jobs. However, in the latest episode of The Book of Boba Fett, it was unclear whether or not the two characters had encountered each other in the past.

Last week, Star Wars released a poster for Black Krrsantan as well as some other The Book of Boba Fett characters. You can check them out below:

The Book of Boba Fett is set to have four more episodes, and Temuera Morrison (Boba Fett) recently teased more character surprises when speaking with TVLine.

“Oh, yeah. We’re not allowed to mention too much about these incoming actors, but yeah, we look forward to it,” Morrison replied when asked if audiences should be on the watch for upcoming villains. “That’s just the beginning. There’s some colorful chaps coming in to upset the works and that’s a part of this wonderful series, too, the introduction of all these elements that come in all shapes and all kinds.”

New episodes of The Book of Boba Fett premiere Wednesdays on Disney+.