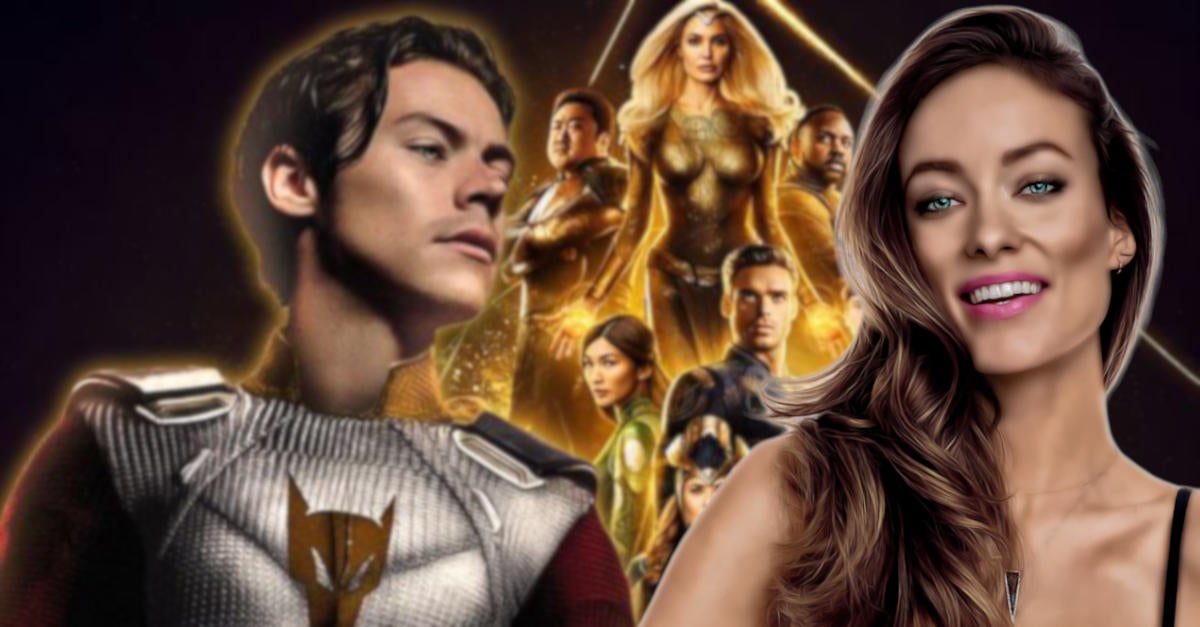 Marvel director Olivia Wilde has let it be known in no uncertain terms that she is “obviously” watching Eternals now that it’s out on Disney+, and we know that she is more motivated than most to do so. Wilde posted that she is “Watching now obviously” to an Instagram post by Eternals star Gemma Chan, which included photos of Chan posing with singer Harry Styles (who joined the Marvel Cinematic Universe as Thanos’ brother Eros) behind the scenes during Eternals‘ production.

If you haven’t been following celebrity gossip in the last year: Olivia Wilde and Harry Styles have been dating after meeting on the set of Wilde’s newest film, Don’t Worry Darling. Styles co-stars in Wilde’s film (with Marvel actress Florence Pugh playing the lead), which started production in November of 2020; Wilde and Styles publicly acknowledged their coupling in January 2021. There’s has seen a lot of speculation about the timing of the relationship: Wilde and Styles met on set of Don’t Worry Darling in November of 2020; that same month Wilde ended her nearly ten-year relationship with Ted Lasso star Jason Sudeikis. Publicly, both Wilde and Sudeikis (who have a son and daughter together) have maintained civility and mutual respect when addressing their break-up.

The last few years have also brought professional changes for Olivia Wilde, as she’s moved from being a starlet in front of the camera to being a successful director behind it. Her debut film (the “female Superbad” coming-of-age tale Booksmart) didn’t earn big at the box office ($25 million on $6 million budget), but still wowed critics (96% on Rotten Tomatoes) and became something of a cult-hit with viewers. Sony has staked their faith in Olivia Wilde’s directorial vision: the studio has tapped her to direct a Spider-Man Universe movie that’s on the horizon; after Spider-Man: No Way Home, fans are now thrilled about the possibilities of what that project could be.

“I’m just honored to be amongst this wave of women who are showing up and saying ‘we are not only going to step in and try and tell this story like men do, we’re actually going to reframe the stories themselves,” Wilde told EW about her Marvel (Spider-Woman?) project. “And the industry is, as far as I can tell, really supportive of that. There is a sea change and it’s because of these decades of trailblazers who demanded this over and over and over again and it’s finally broken through and I’m very fortunate to be there with it.”