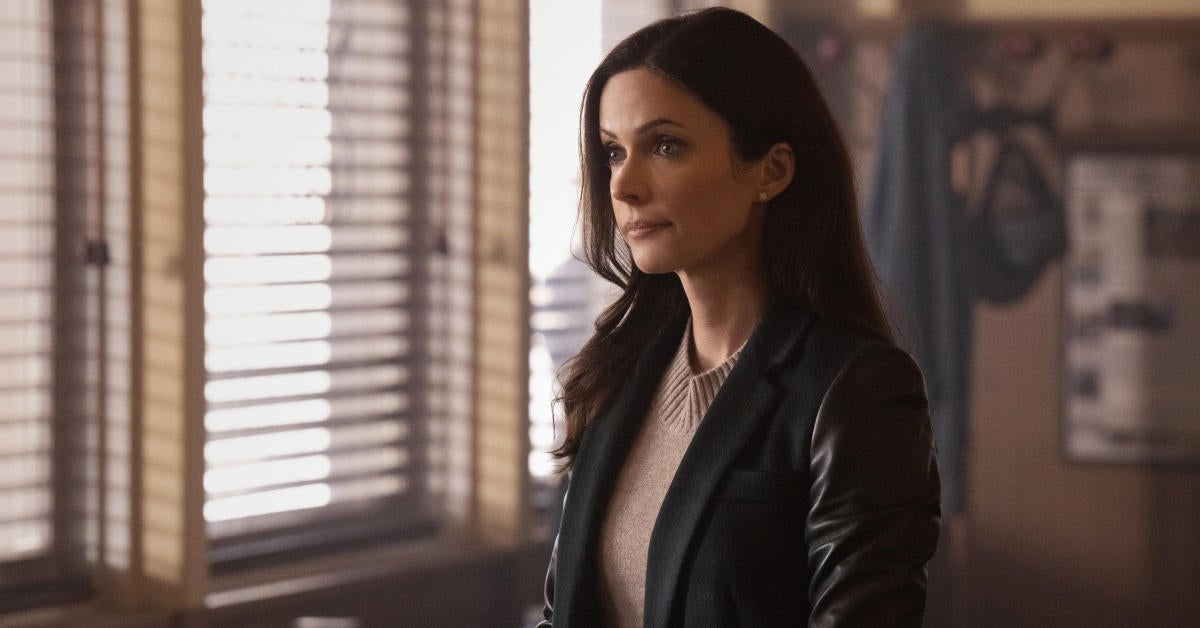 Superman & Lois returns for its second season on Tuesday night on The CW and with that second season comes a new set of challenges for the Kent family. Season 1 of the Arrowverse series saw Clark Kent/Superman (Tyler Hoechlin) battle his Kryptonian half-brother Tal-Rho/Morgan Edge (Adam Rayner) while the whole Kent family adjusted to life in Smallville having moved there from Metropolis, including some major surprises—namely the arrival of Natalie Irons (Tayler Buck), the daughter of John Henry Irons (Wole Parks) and Lois Lane from another reality. It’s a lot to deal with, but Season 2 will also see Lois have to deal with her own family tensions, including the arrival of her sister Lucy (Jenna Dewan).

Speaking with TV Insider, series showrunner Todd Helbing teased some serious tension for the Lane family in Season 2, which will dig into the history of the Lane family and reveal “why Lois is the way she is”.

“With all of our cast, I think last year we found out the type of stories we can tell, with regards to Lois’s miscarriage episode,” Helbing said. “So we wanted to really dive into the history of the Lane family, introduce Lucy and give the audience an understanding about why Lois is the way she is, why [General] Lane (Dylan Walsh) is the way he is, why Lois hadn’t talked about Lucy, why [General ] Lane never talked about their mother, and then really fold that into the couple to see how they would deal with a situation like that.”

Part of that means taking a different approach to Ella Lane, Lois’s mother.

“When I thought about Lois Lane’s character and how her relationship with [General] Lane had evolved over the first season, it really felt like, you know, you can go two ways when something like that happens to you: You either go the way of Lois if you’re an alpha type, like ‘I can compartmentalize, I can just deal with trauma and move on.’ And in a lot of ways that makes a perfect partner for Superman, right? Because she’s so strong and able to not worry about him every time he goes out to save the world. But then there’s the flip side, where you feel like you’re missing something in your life and so that is kind of what we explore with Lucy.”

It was announced late last year that Dewan would be returning to the Arrowverse as Lucy Lane, a role that she debuted on Supergirl. However, while Dewan has played Lucy Lane before, the version that appears on Superman & Lois is not the same version from Supergirl. Helbing explained that they’ve rewritten the character.

“We were able to do that thanks to the blanket of Crisis [on Infinite Earths], which sort of rewrote characters,” Helbing said.

Superman & Lois returns for Season 2 on Tuesday, January 11th at 8/7c on The CW.