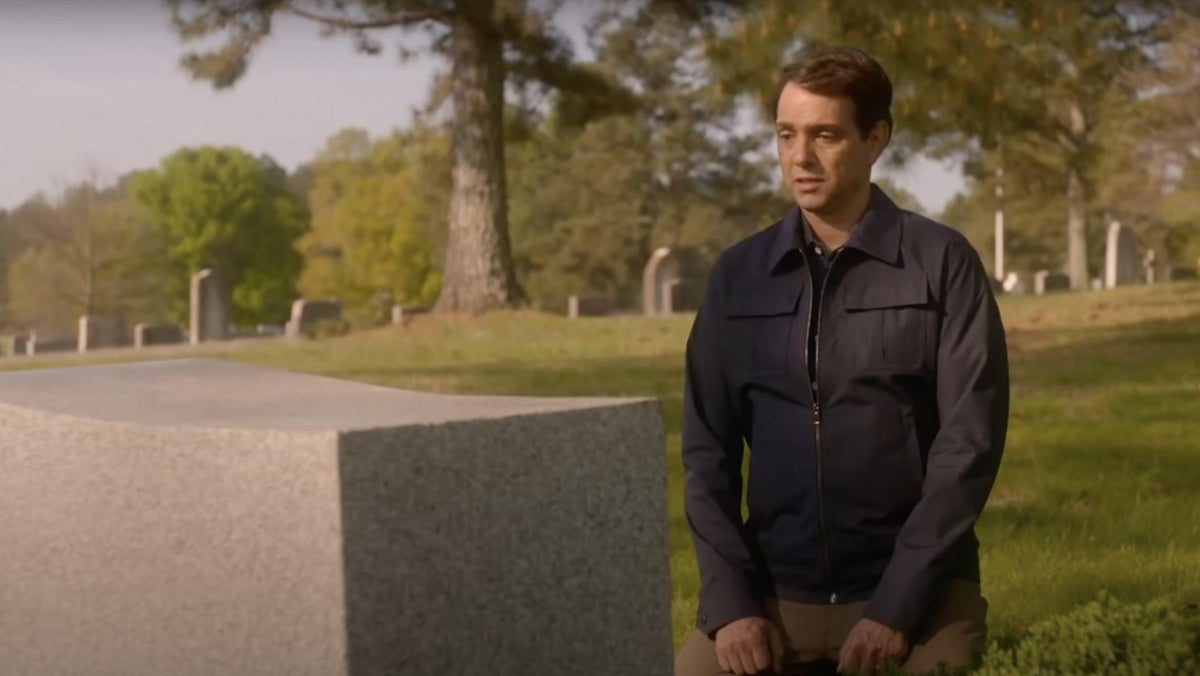 Fans of Cobra Kai don’t have to wonder if there will be another season of the popular Karate Kid sequel series, as the fifth season of the Netflix his is already in the can. What viewers can wonder about, however, is the slight cliffhanger that takes place in the final moments of the Season 4 finale, setting up a new story that many probably weren’t expecting. With the fourth season in the rear view, ComicBook.com sat down with Cobra Kai‘s creators to get some clarity about that final scene cameo, and what it means for Season 5.

WARNING: This article contains major spoilers from Cobra Kai Season 4! Continue reading at your own risk…

Both Daniel and Johnny saw their dojos lose to Cobra Kai in the All-Valley Tournament, and a bet they had with Kreese and Silver means that they have to shut down both dojos for good. In the final scene of Season 4, Daniel tries to form a plan at Mr. Miyagi’s grave. While it seems as though he’s talking to his late mentor, it’s revealed that he’s talking to Chozen, his rival from The Karate Kid Part II that he made amends with in Season 3. Chozen has apparently come to California to help Daniel take back the Valley.

“When Daniel went to Okinawa [in Cobra Kai Season 3], we saw that Chozen had lived this life of shame, coming off the events of Karate Kid II,” explained Cobra Kai co-creator Hayden Schlossberg. “And that Daniel coming to Okinawa gave him an opportunity to redeem himself in his eyes. And we always felt that he showed him a couple moves, but he’s always going to feel that responsibility to help Daniel.”

“And so, the fact that at the end of Season 4, things are worse than they’ve ever been,” he continued. “Cobra Kai is more popular than it’s ever been, with Terry Silver relishing it and in full force and Daniel supposedly having to shut down Miyagi Do. That when you think about it from Daniel’s perspective, what does he have to come back from this?”

Daniel needs all the help he can get to take down Cobra Kai, especially under its new leadership. Chozen is one of the only people whose tenacity matches that of Terry Silver, making him the perfect companion to Daniel and Johnny.

“He does have somebody else who knows Miyagi-Do karate that is in our minds, willing to fight for the death for him to prove himself. And we just thought it was the kind of fun resource for Daniel in this time of need and for the season to end on the possibility of like, ‘Oh my God, okay, we’re bringing somebody in from Okinawa to the Valley,’ because it’s gotten to that point,” Schlossberg continued.

“The possibilities now are endless. Obviously, things could get really heightened because you know that Chozen is the type of guy who, at least in Karate Kid II, was willing to fight to the death. And we know that Terry Silver is willing to go to crazy lengths, to stay in power, especially after what he did to Stingray in season four. So it has the makings for a big action-packed season. And we just finished shooting it and, and it is. And so, we’re looking forward to fans, checking it out.”

Are you excited for Cobra Kai Season 5? Let us know in the comments!