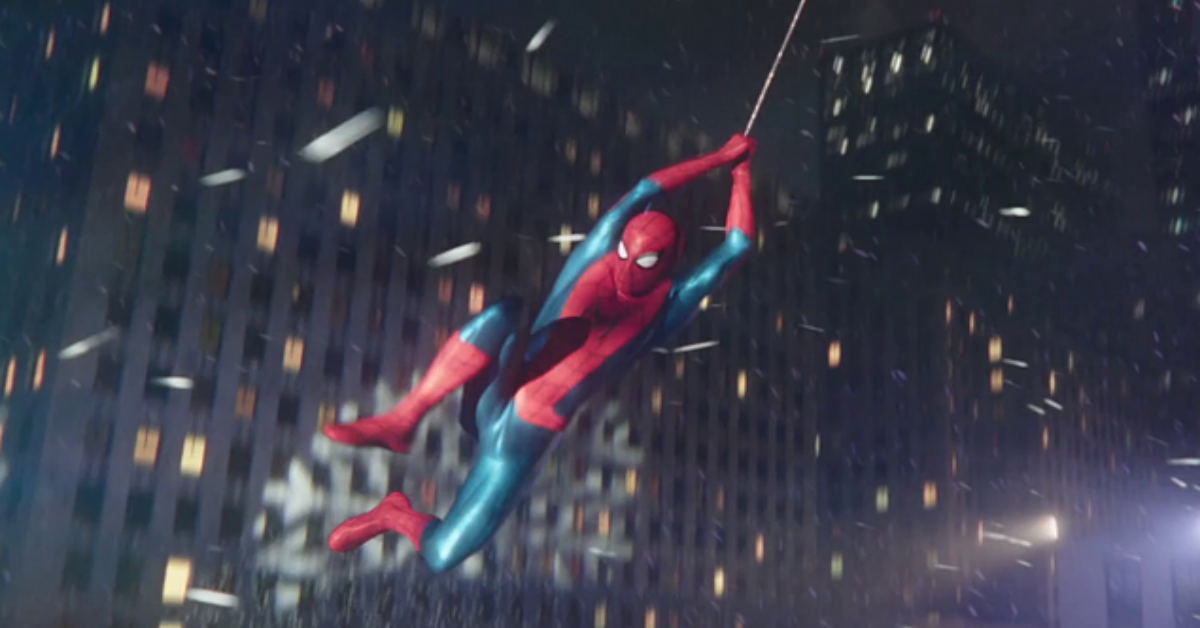 Warning: this story contains spoilers for Spider-Man: No Way Home. Six appearances and three standalone movies later, Peter Parker’s (Tom Holland) origin story is completed in Spider-Man: No Way Home. By the time he enters the Marvel Cinematic Universe in 2016’s Captain America: Civil War, months have passed since the death of the spider-bitten 15-year-old’s unseen Uncle Ben. Unlike his predecessors Tobey Maguire and Andrew Garfield — whose origin stories play out on-screen in 2002’s Spider-Man and 2012’s The Amazing Spider-Man, respectively — the prelude to Holland’s Spider-Manning happens off-screen (and won’t be told until the animated prequel Spider-Man: Freshman Year).

In an interview with TheWrap, trilogy screenwriters Chris McKenna and Erik Sommers explain leaving off on an ending that doubles as an extended origin story for a stripped-down Spider-Man:

“I think we’re always trying to tell an organic story with Tom Holland‘s Peter Parker, knowing that we can’t be reliant on anything else other than he’s got to go his own way at the end of this movie, each movie, and not be reliant on something that we … God knows, I think it’s been incredible, we’ve been a part of this collaboration with Sony and Marvel Studios, and [Spider-Man producers] Amy [Pascal] and Kevin [Feige],” McKenna said of the pact between Sony and Disney-Marvel bringing Spider-Man into the MCU. “I think we always know that it’s total hubris to think, ‘Oh, we’re going to end with a certain cliffhanger that will require things that we can’t depend on.'”

In 2019, a secret and then very public divorce between the two studios threatened to pull Spider-Man out of the cinematic universe. Pascal and Feige have since assured their shared Spider-Man will continue in the MCU with plans for a Spider-Man 4 and beyond, but McKenna and Sommers were concerned only with landing No Way Home as “a satisfying story unto itself.”

McKenna added, “If it ends here, great. If this is the end of this, if this is all about, ‘Oh, this was all …’ If you look backward and go, ‘This was an origin story that took place over three stories to get this Peter Parker to this place where he’s stripped-down, anonymous, has no billionaire benefactor, has been through the sacrifice of what it really means to have this power and what that responsibility that goes along with that is, and is now having to look for how to pay rent.’ I think that would be really satisfying, I think that’d be really cool.”

In 2015, Feige said Marvel would “take it for granted that people know” the specifics of Peter Parker’s history and that the rebooted Spider-Man would “not be an origin story.”

“‘With great power comes great responsibility’ is inherent to who his character is. But we want to reveal it in different ways and spend much more time focusing on this young high school kid in the MCU dealing with his powers,” said Feige, who sent Peter back to high school in 2017’s Spider-Man: Homecoming. Come No Way Home, it’s the death of Peter’s Aunt May (Marisa Tomei) that imparts the lesson: “With great power must also come great responsibility.”

Spider-Man: No Way Home is now playing exclusively in theaters.