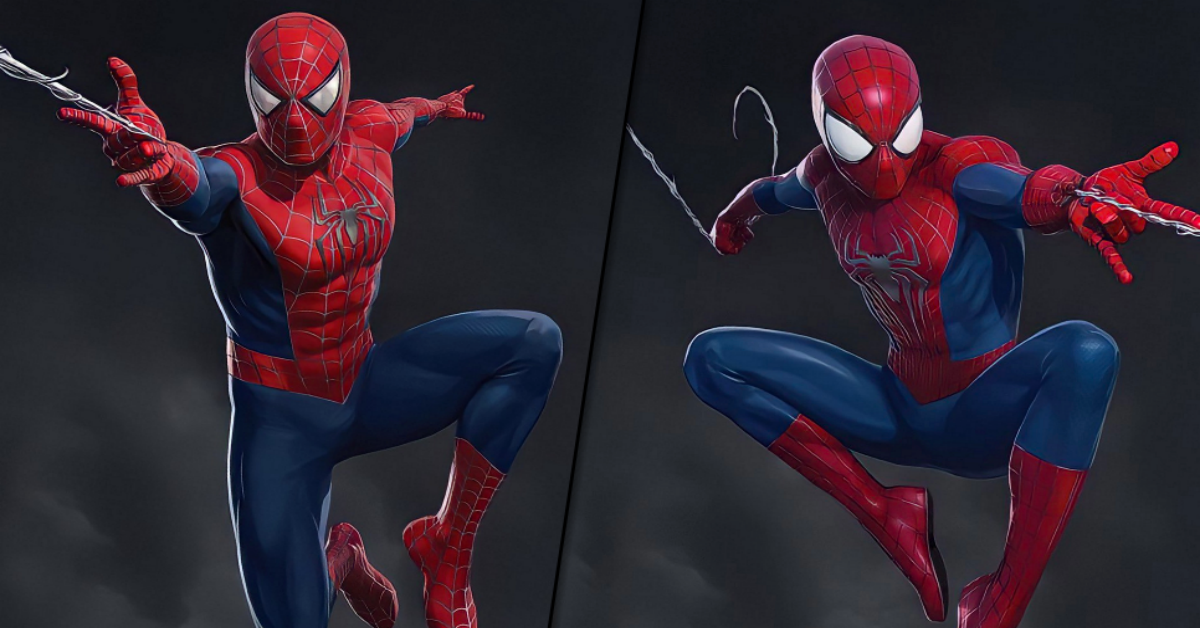 A viral photo captures the moment Spider-Man stars Tobey Maguire and Andrew Garfield snuck into an opening night screening of Spider-Man: No Way Home. The latest installment of Marvel Studios and Sony’s Spider-Man franchise unites three generations of Spider-Men in the Marvel Cinematic Universe, home to the Peter Parker played by Tom Holland. Breaking his silence for the first time since the December 17 release of the new movie, Garfield revealed to Entertainment Tonight he snuck into a showing with his Spider-Man predecessor and director Jon Watts for a disguised sneak peek at No Way Home.

According to Twitter user @SpideylifeOne, who tweeted the viral photo on Friday, Maguire and Garfield at first snuck in “to see the reactions to their entrance, but ended up staying for the whole film.”

Ladies and gentlemen! Here is the pic of Tobey and Andrew the night they snuck in to watch the reactions!

Originally they had just stayed to see the reactions to their entrance, but ended up staying for the whole film lmao. #SpiderManNoWayHome pic.twitter.com/OVXOtYqjrq

“I still can’t believe it happened,” Garfield told ET Online. “I snuck into a theater on opening night and just watched with my baseball cap on and my mask. In fact, I was also with Tobey, me and Tobey snuck into a theater together and no one knew we were there. It was just a really beautiful thing to share together. And to find a brotherhood with Tobey as well, and with Tom, and the fact that we do share a very unique experience.”

On-screen, that brotherhood happens when Garfield’s “Peter #3” embraces his multiversal variants as “brothers” — Maguire being the eldest, Holland the youngest. Garfield felt so strongly about his brethren he improvised a heartwarming scene where he tells the two Spider-Men, “I love you guys.”

Garfield last played Peter Parker in 2014’s The Amazing Spider-Man 2 and expected to return for at least two sequels, dated for 2016 and 2018, before Sony scrapped those plans and rebooted.

“Never say never,” Garfield told ET about another Spider-Man return after No Way Home. “It’s a character that’s always going to be so meaningful to me, and so beautiful to me and again, it comes back to service… It would have to be very, very meaningful and fun, and joyful, like doing No Way Home was.”

See reactions to the viral photo below.