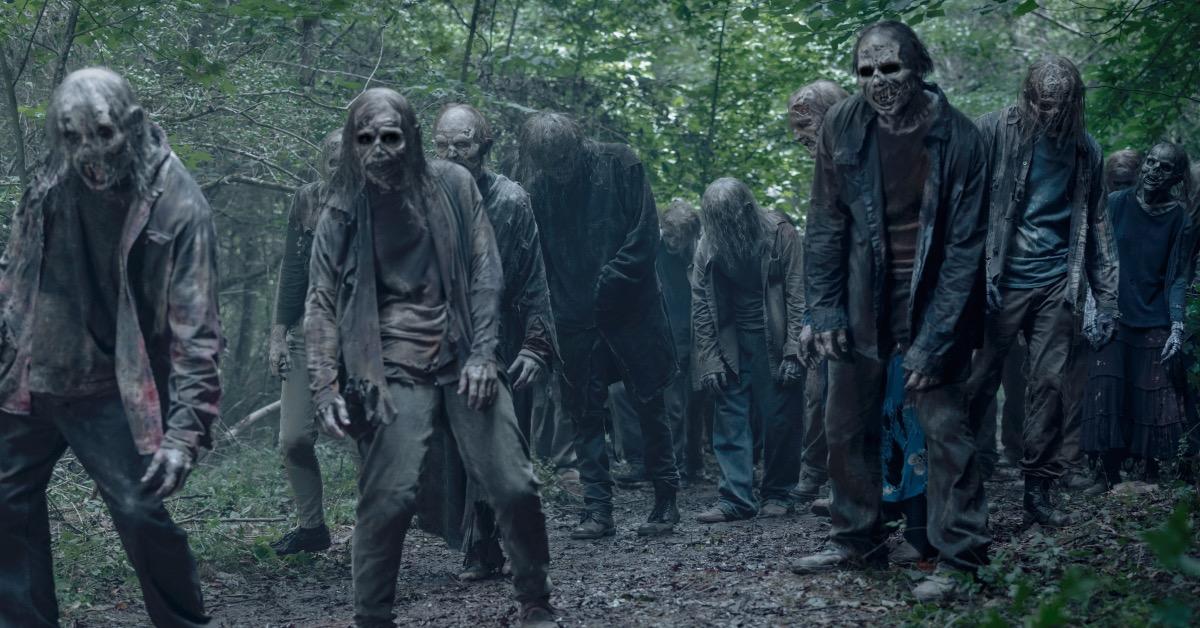 The Walking Dead creator Robert Kirkman explains why the comic books — but not the television series — use the term “zombies.” In earlier issues of Kirkman’s comic saga influenced by the works of Night of the Living Dead filmmaker and zombie godfather George A. Romero, characters call the flesh-eating undead “zombies,” more commonly using the nicknames “roamers,” “lurkers,” and “walkers.” AMC’s The Walking Dead Universe never uses the “zed” word; survivors of the TV zombie apocalypse most often name the reanimated dead “walkers” on The Walking Dead, the “infected” on Fear the Walking Dead, and “empties” on The Walking Dead: World Beyond.

In the latest installment of “Cutting Room Floor with Robert Kirkman” published in The Walking Dead DELUXE #30, the franchise creator writes about the use of the word “zombie” in the comics universe and why it doesn’t exist in the television universe:

“I started the book not really using [the term ‘zombie’]. I was dancing around it mostly. I think Glenn says it a couple times but those were mostly slip-ups. Then I came up with the ‘lurkers’ and ‘roamers’ terminology,” Kirkman explains. “After a while though, it felt silly to just keep using those over and over. So by the time I got into the teens and twenties on the book I thought, ‘Screw it, they’re zombies, I’m just going to have people call them zombies. Who cares.'”

“And really, for this story to work, you can’t just have people saying, ‘You shoot them in the head, y’know… just like the zombies from the Romero movies!'” writes Kirkman. “So you HAVE to assume this is a universe where George A. Romero didn’t create the modern zombie. So, we coined the term ‘walkers’ for the show.”

Kirkman originally pitched the black-and-white Image Comics series as a sequel to Romero’s Night of the Living Dead, setting the book in the 1960s. In 2013’s The Walking Dead #1: 10th Anniversary Edition, Kirkman included his original five-page proposal he called a “lame horror movie opening” that was “terribly cliche” in retrospect. See the Night of the Living Dead inspiration in the page above.

The Walking Dead DELUXE #30 is now on sale.

Season 11 of The Walking Dead returns Sunday, February 20 on AMC. Follow the author @CameronBonomolo on Twitter and ComicBook’s @NewsOfTheDead for TWD Universe coverage all season long.