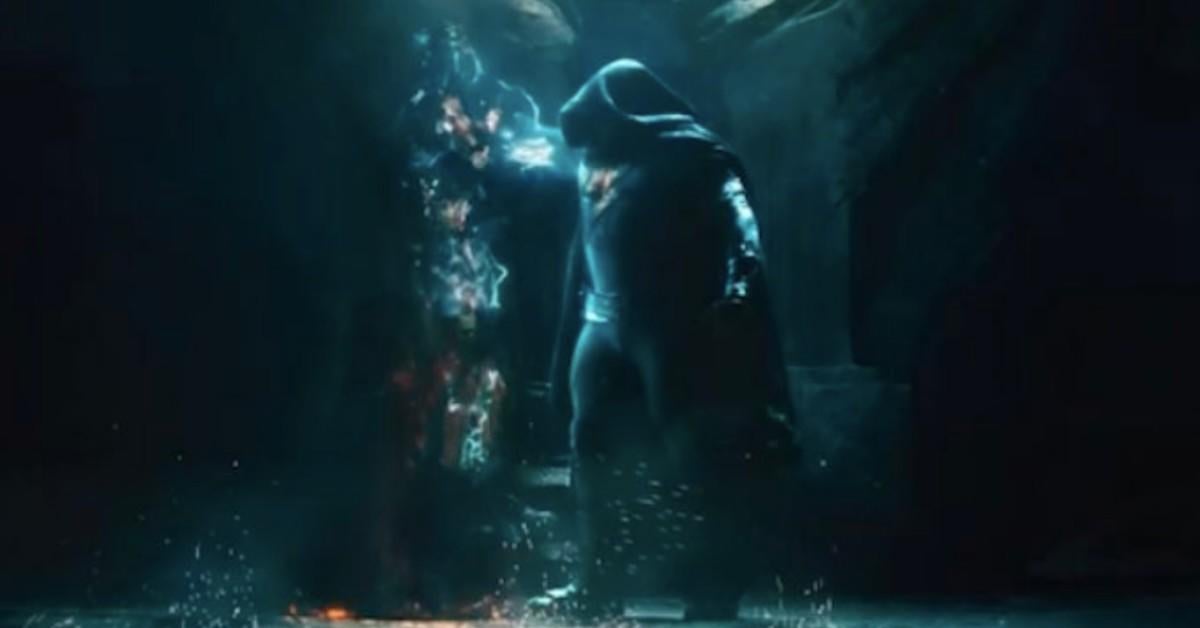 Black Adam is finally set to arrive on the big screen this year, when Dwayne Johnson portrays the beloved DC antihero in an eponymous live-action blockbuster. With the summer release date of Black Adam gradually approaching, DC fans have been eagerly enjoying any and all updates for the film. On Thursday, Johnson took to Twitter to showcase a pretty unique look at Black Adam, sharing multiple photos of him siting in “the egg”, a massive VFX rig used to capture footage of his head and shoulders. As Johnson explains in the caption, the ten hours of filming were for scenes involving Black Adam’s early days, as a slave in the world of Kahndaq.

This is the latest example of the revolutionary technology that Black Adam is utilizing, something previously hinted at by producer Hiram Garcia.

“This is a character with amazing abilities. He has super speed, can fly, and has world breaking strength to name a few,” Garcia explained in an interview with Collider last year. “We wanted to make sure moviegoers feel that throughout the entire movie. You’re not going to see him use super speed just once and then it stops, this is part of his arsenal. It’s common to see abilities fall to the wayside when dealing with characters like that but one of our many goals was to keep continuity there and push the bar in terms of how we do it. For example, the technology we’re using to make Black Adam fly has never been done before. It’s completely unique. It was critical for us to ensure that it felt special, authentic, and real. [Director] Jaume [Collet-Serra] took that to heart. Our special effects’ team are Oscar winners, and we certainly put them to work.”

“We’re just so excited for you and the fans to see the film, because this cast and crew worked exceptionally hard to just make this film feel fresh, and really introduce a new group of incredible characters to the world,” Garcia continued. “All while making sure we unleash Black Adam on the DC Universe in a big way. This guy is an absolute force of nature. A force of nature that dishes out justice the way he wants. Unfortunately not many people walk away from the kind of justice he delivers. We mean it when we say the hierarchy of power in the DC Universe is going to change. When Black Adam arrives, everything’s going to change.”

Black Adam is set to be released on July 29th.