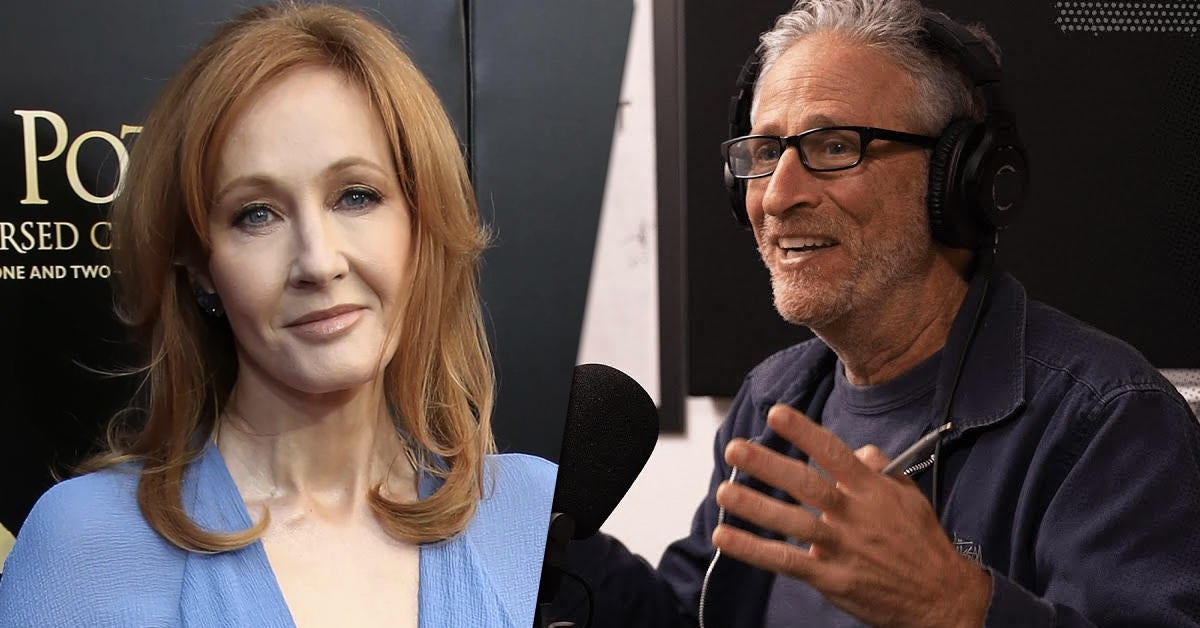 Comedian Jon Stewart had some criticism for J.K. Rowling‘s portrayal of Goblin in her Harry Potter series. The Daily Show star says that they are Anti-Semitic and compared the Gringotts bank workers to caricatures of Jews. The Problem with Jon Stewart podcast saw the comedian talking about his experience of the wildly-popular franchise versus the reactions of theater-goers around him. The TV star expected to hear some kind of pushback but was surprised when none came. On social media, people have pushed back on his statement or endorsed it. Rowling has been entangled in some pretty high-profile moments when it comes to identity and minorities on Twitter and other platforms. Stewart mentioned this as a personal conversation but now anyone with knowledge of Harry Potter is sharing their take on the situation. Check out his words down below.

“Here’s how you know Jews are still where they are,” Stewart explained to his guests. “Talking to people, here’s what I say: Have you ever seen a ‘Harry Potter’ movie? Have you ever seen the scenes in Gringotts Bank? Do you know what those folks who run the bank are? Jews! And they’re like, ‘Oh, [that illustration is] from ‘Harry Potter!'” And you’re like, ‘No, that’s a caricature of a Jew from an anti-Semitic piece of literature.’ J.K. Rowling was like, ‘Can we get these guys to run our bank?’ It’s a wizarding world…we can ride dragons, you can have a pet owl… but who should run the bank? Jews. But what if the teeth were sharper?”

“It was one of those things where I saw it on the screen and I was expecting the crowd to be like, ‘Holy ****, [Rowling] did not, in a wizarding world, just throw Jews in there to run the fucking underground bank,” Stewart continued. “And everybody was just like, ‘Wizards.’ It was so weird.”

This isn’t the first time that the author has been called out for her content. Rowling’s anti-trans positions have prompted an outcry across the Harry Potter fanbase. Series stars Daniel Radcliffe, Emma Watson, and Rupert Grint all offered statements decrying the author’s statements and positions. Warner Bros. also followed suit as well.

“Warner Bros.’ position on inclusiveness is well established, and fostering a diverse and inclusive culture has never been more important to our company and to our audiences around the world,” the studio said at the time. “We deeply value the work of our storytellers who give so much of themselves in sharing their creations with us all. We recognize our responsibility to foster empathy and advocate understanding of all communities and all people, particularly those we work with and those we reach through our content.”

Did you see Stewart’s comments online? Let us know down in the comments!