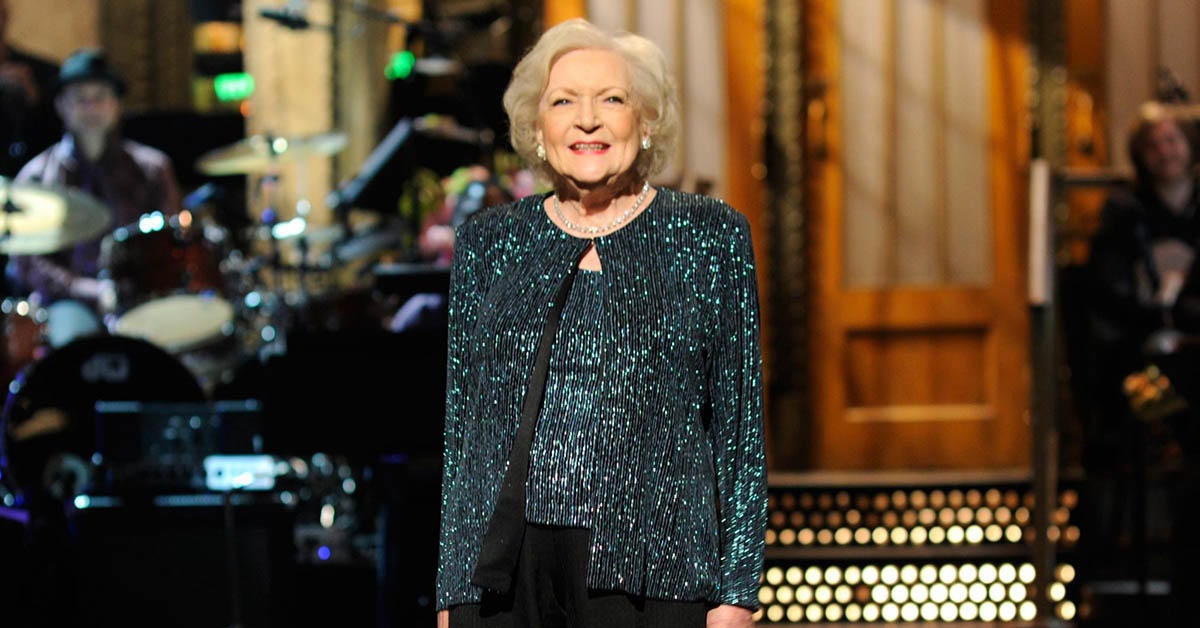 Television icon Betty White passed away on New Year’s Eve and to pay tribute to the legendary entertainer, Saturday Night Live will air an encore presentation of the May 8, 2010 episode White hosted with musical guest Jay-Z tonight, Saturday, January 1st. White was 88 when she hosted the episode, making her the oldest person to host SNL and she appeared in every skit. The episode drew over 12 million viewers when it was first broadcast (via Deadline). The encore telecast will air at 11:30 p.m. ET tonight following a vintage SNL at 10 p.m.

White hosting Saturday Night Live in 2010 came about thanks to a massive Facebook campaign which urged NBC to get the legend as host following her appearance in a popular Snickers Super Bowl ad. Several hundred thousand fans signed the petition and soon after, it was announced that White would host a special Mother’s Day episode that year. That episode also featured former cast members Tina Fey, Amy Poehler, Molly Shannon, Maya Rudolph, Ana Gasteyer, and Rachel Dratch.

The Golden Girls star and comedy icon died at the age of 99 on Friday, December 31st at her Los Angeles home. White was just a few weeks shy of her 100th birthday. White had a long career in entertainment, getting her start in radio and as a disc-jockey personality before making the jump to the small screen in the late 1940s. She went on to earn the reputation of “The First Lady of Gameshows” for her stings on Password, Match Game, Tattletales, To Tell the Truth, The Hollywood Squares, and The $25,000 Pyramid. She also had several roles on television series, including as Sue Ann Nivens on The Mary Tyler Moore Show and as Rose Nylund on The Golden Girls.

“Even though Betty was about to be 100, I thought she would live forever,” her agent and close friend Jeff Witjas shared with PEOPLE. “I will miss her terribly and so will the animal world that she loved so much. I don’t think Betty ever feared passing because she always wanted to be with her most beloved husband Allen Ludden. She believed she would be with him again.”