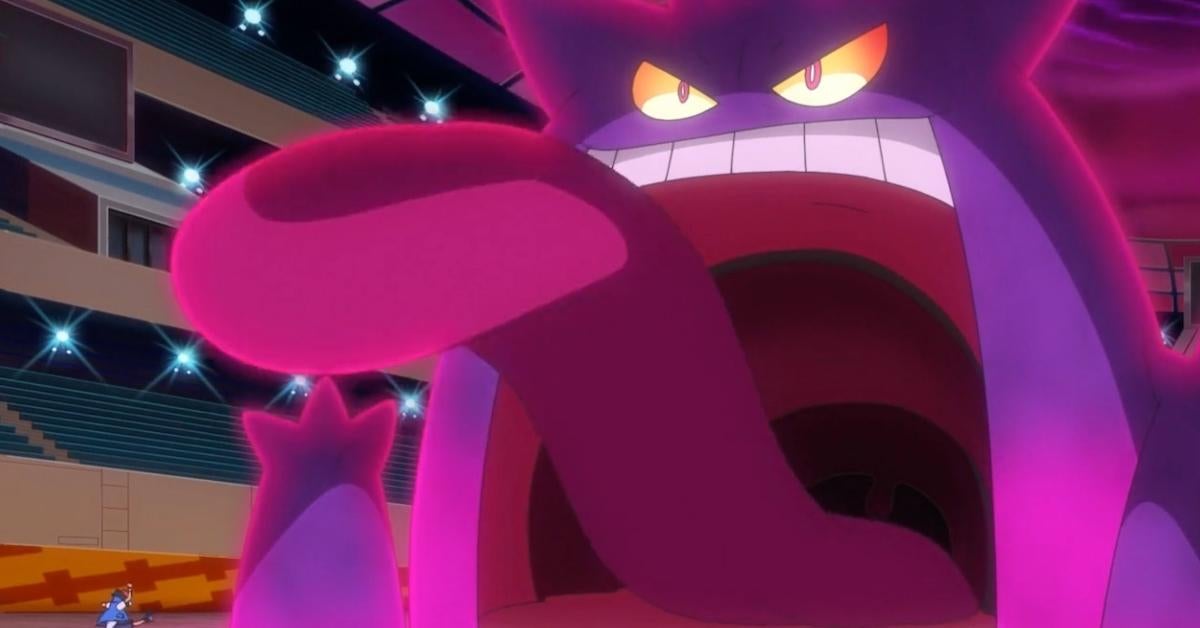 Pokemon Journeys has officially unleashed the Gigantamax upgrade for Ash’s Gengar in the newest episode of the series! The anime ended its run in Japan with a string of special episodes that explored mini-arcs that tasked Ash and Goh with their biggest challenges yet. This not only involved the return of Dawn, Cynthia, and the Sinnoh region for special episodes honoring the releases of Pokemon Brilliant Diamond and Shining Pearl, but capped off with a special set of episodes that saw Ash and Goh heading out into a spooky new adventure to help Gengar reach his Gigantamax form.

These special episodes had Ash and Goh heading back to the Galar region once more, and the two of them soon come across the ghostly gym leader from the Stow-on-Side gym, Allister. With this new character debut, and a couple of spooky shenanigans over the course of this two episode event, Gengar is helped to reach a brand new form, Gigantamax. You can check out the pivotal transformation scene from Pokemon Journeys Episode 92 below as spotted by @AnipokeAsh0520 on Twitter:

Throughout Pokemon Journeys, Ash has been making his way through the ranks of the World Coronation Series. With each new battle, he has not only been seen utilizing the various regional techniques he had learned about through his travels, but unlocking each of these powers for his new team. With an official Gigantamax Pokemon now in his team, this joins his Z-Move with Pikachu and Mega Lucario for a triad of powerful Pokemon that could certainly help him as he continues to rise through the Ultra Class in the attempt to get to the Master Class finals.

Fans have not only been wanting Ash to have a Gengar on his team for many years, but were hoping to see that Gengar get this upgrade in the Galar region. Now that it has been officially introduced, it’s just a matter of waiting to see how it’s going to be used in any of the future battles. Just like the other regional abilities, Ash now has another powerful tool in his arsenal in order to take on some of the toughest trainers in his path yet. But what do you think?

How do you like Gigantamax Gengar in the anime? Are you curious to see how Gengar is going to be used by Ash in future battles? What are you hoping to see from Gigantamax Gengar next? Let us know all of your thoughts about it in the comments! You can even reach out to me directly about all things animated and other cool stuff @Valdezology on Twitter!