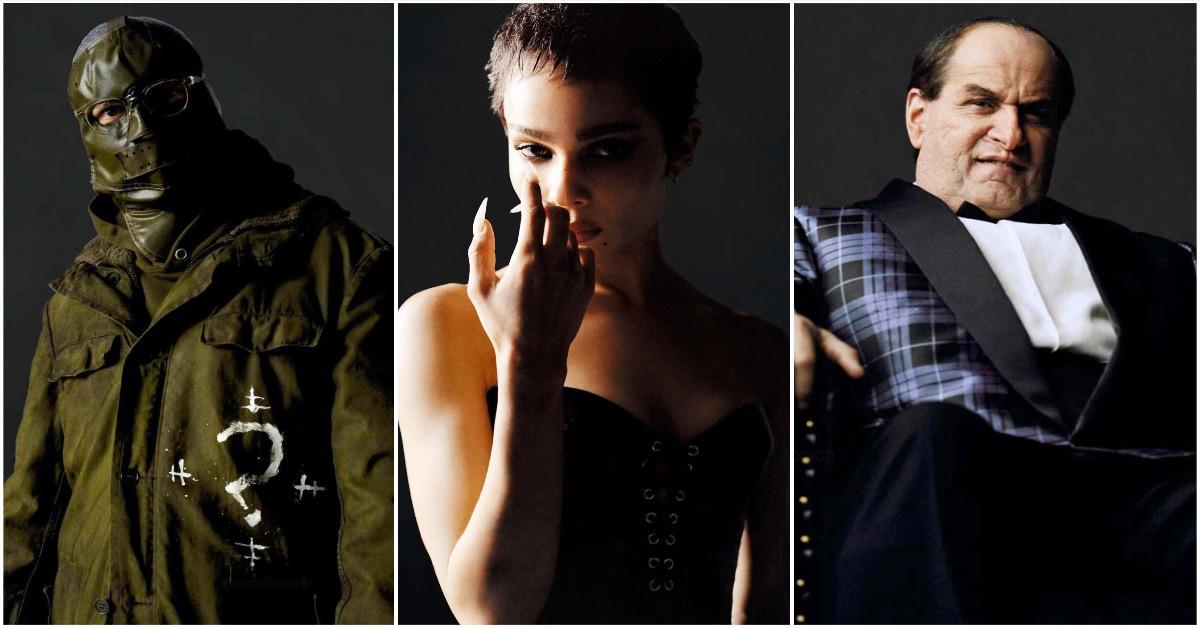 Riddle me this: what does the bat, the cat, and the bird have in common? They’re all ensnared in the Riddler’s (Paul Dano) twisted game threatening Gotham City in The Batman. The Matt Reeves-directed reboot is not an origin story for Bruce Wayne (Robert Pattinson), now in the second year of his crusade as a costumed crime-fighter by the time of The Batman. Instead, Reeves reimagines the origin stories of rogues Selina Kyle (Zoe Kravitz), the feline fatale Catwoman; Oswald “Oz” Cobblepot (Colin Farrell), the criminal underworld’s so-called Penguin; and Edward Nashton (Dano), an enigmatic serial killer whose trail of cryptic clues threaten to unmask the truth about the Dark Knight detective.

In the February 2022 issue of Empire magazine, Kravitz, Farrell, and Dano revealed a peek under the proverbial masks of their rebooted Bat-villains:

“I really wanted to dive into who she is as a human being,” Kravitz said of cat burglar Selina Kyle, whose dynamic with The Bat is more of a game of cat and mouse. “There’s a great moment where you see she has all these tons of cats, and I really wanted to dive into the psychology of that. Why does she have all these cats? And when you see the film, you’ll see it’s completely connected to who she is as a human being. Oftentimes, when an actor wants a part, we tend to just nod and smile and say yes to everything. But I tried to do something a little different, for me anyway, which was to treat it as though I already had the part and give notes, so Matt could really get a sense of what it’s like to work with me.”

Comparing gangster Oz to the flawed Fredo Corleone (John Cazale) of The Godfather trilogy, Farrell said of the future Penguin, “There is a fracture at the core of Oz, which fuels his desire and ambition to rise within this criminal cabal. Where that rise goes… I would love to get to explore that in the second film, if that was ever to happen.” (Farrell will first reprise the role in an HBO Max spinoff set in Gotham’s criminal underworld.)

“There’s no top hat [in The Batman],” Farrell said, referring to his comic book counterpart’s iconic look. “There is one scene where I have an umbrella in my hand, but it doesn’t have a trigger on the handle. He does have a limping gait, so there is somewhat of a waddle there. But Oz is not yet fully inhabiting the mythology of the Penguin and doesn’t take too kindly to the monicker.”

Another not-yet-fully-formed rogue is the Riddler, a sadistic seeker of his own brand of justice as a live-streaming murderer inspired in part by the Zodiac Killer.

“I was surprised by it and frankly thought it was better than it had any right to be,” Dano said of the reboot out to beat Christopher Nolan’s Dark Knight trilogy. “As well as making contact with the universe, the archetype, the world, the fans, Matt’s delivering something that comes from a real place of gut and heart and psychology.”

As hinted at in the trailers, the Riddler’s puzzling game of life and death is rooted in “trauma,” making him a dark mirror of the vengeance-bringing Bruce Wayne. “Some can use that fire for good, and some can use it for something else,” Dano teased.

The Batman opens exclusively in movie theaters on March 4.