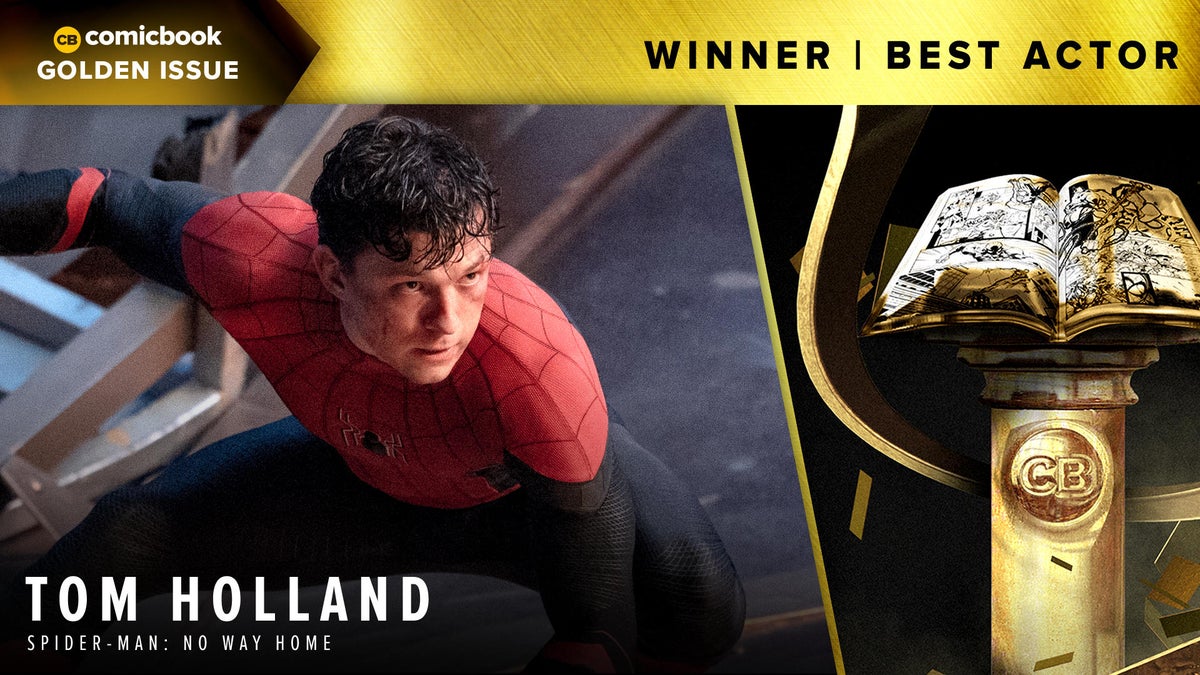 The end of the year is upon us and that means it’s time for the annual 2021 ComicBook.com Golden Issues Awards, honoring the year’s best in films, television, gaming, comic books, and pop culture as voted by staff. This year, as Hollywood began to return after a year of delays thanks to the global pandemic, movie fans had a wealth of entertainment to choose from, including solid performances by many lead actors. This year when it comes to Best Actor, the previously announced nominees include 007 star Daniel Craig for his final outing as James Bond in No Time to Die; Idris Elba, who takes aim at the DC Extended Universe as the mercenary Bloodsport in The Suicide Squad; Tom Hardy, sinking his teeth into dual roles as Eddie Brock and the alien lethal protector in Venom: Let There Be Carnage; Simu Liu, making his hard-hitting Marvel debut as a master martial artist in Shang-Chi and the Legend of the Ten Rings; and Tom Holland, the six-time Spidey star caught in the web of the Multiverse in Spider-Man: No Way Home.

And the winner of the 2021 ComicBook.com Golden Issue Award for Best Actor is…

Tom Holland, for his performance as Peter Parker / Spider-Man in Spider-Man: No Way Home!

Through his performance, Holland matures Peter who suffers his greatest loss after the magic spell lets loose multiversal villains into the Marvel Cinematic Universe, including Doctor Octopus (Alfred Molina) and the Green Goblin (Willem Dafoe). With the final words of a loved one — “With great power must also come great responsibility” — Peter comes to understand what it truly means to be Spider-Man and it’s Holland’s reaction to a tragic death — and the immediate fallout of the loss — that goes to a depth we’ve not seen with the character before. Holland’s performance does this all while never losing the energy that has made his Spider-Man a delight to watch since his debut, beautifully balancing the humor and the emotional weight the role demands making him a clear winner for this year’s Best Actor award.

Congratulations to Holland on his Golden Issues win!

The nominees for Best Actor are: