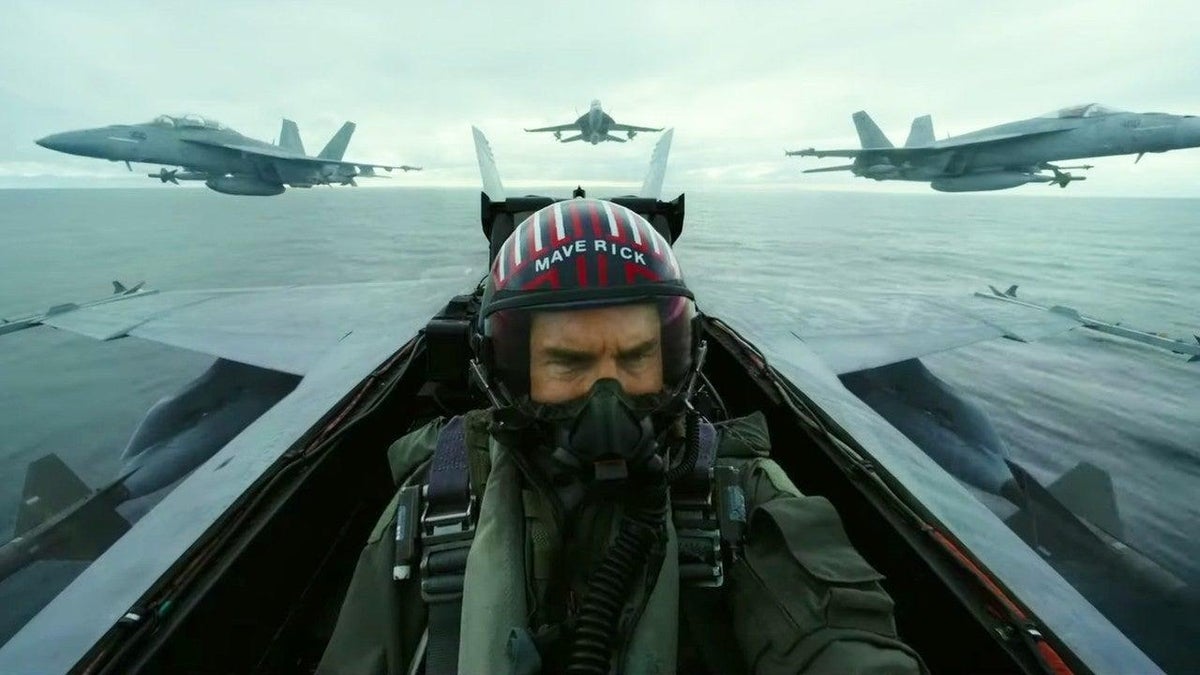 Top Gun: Maverick is one of the many movies that had multiple delays due to the pandemic. Fans have been waiting for the Tom Cruise-led sequel for over 35 years, and they’ll still have to wait a little bit longer. However, there was one lucky group of people who got to see the movie early. The Ohio State University marching band was given a special treat when they caught the attention of Cruise by doing a Top Gun-themed halftime show.

Here’s our @TopGunMovie halftime show, for those of you who missed it the first time around. https://t.co/hVlYVbghgd

You can read the description for Top Gun: Maverick here: “After more than thirty years of service as one of the Navy’s top aviators, Pete ‘Maverick’ Mitchell (Tom Cruise) is where he belongs, pushing the envelope as a courageous test pilot and dodging the advancement in rank that would ground him. When he finds himself training a detachment of Top Gun graduates for a specialized mission the likes of which no living pilot has ever seen, Maverick encounters Lt. Bradley Bradshaw (Miles Teller), call sign: ‘Rooster,’ the son of Maverick’s late friend and Radar Intercept Officer Lt. Nick Bradshaw, aka ‘Goose.’ Facing an uncertain future and confronting the ghosts of his past, Maverick is drawn into a confrontation with his own deepest fears, culminating in a mission that demands the ultimate sacrifice from those who will be chosen to fly it.”

“I had about three months of flight training before starting the movie,” Teller previously shared with Men’s Journal. “That time was important to get comfortable with the crafts but also to build up our G-force tolerance, because all of the aerial elements were shot practically. The training started in a Cessna, and moved to an Extra 300, a single-prop aerobatics craft, where you start to improve your G-tolerance. From there we got into an L-39 Albatros, flying with these guys called The Patriots, who are the civilian equivalent to the Blue Angels.”

He added, “Right off the bat, I am flying this f*cking plane myself with The Patriots in formation with three other planes around, which just felt insane. I had one jet right above me, so close, and then planes on both wings, then we did a loop while holding that formation. I was holding the stick, and I landed the plane as well. I stepped out of the craft and said, ‘Guys, we just met, there is no way you should trust me that much.’ I wouldn’t have trusted me.”