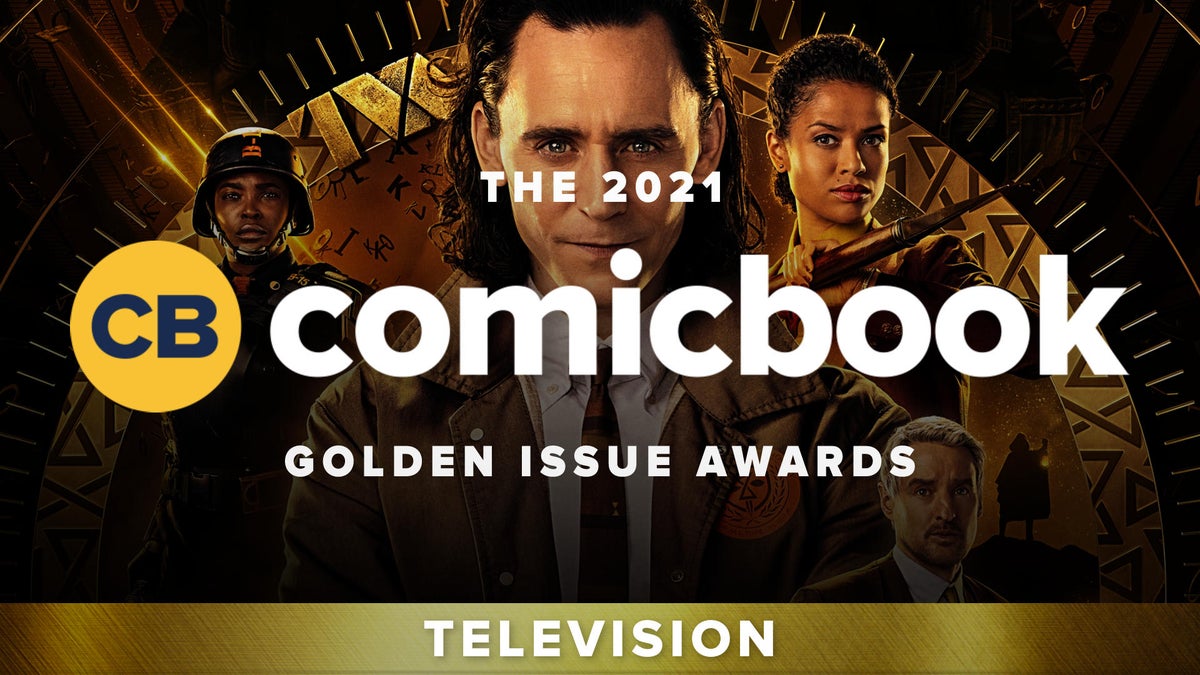 After an unprecedented 2020 thanks to the COVID-19 pandemic, the world of entertainment slowly began to make its way back to a new normal in 2021. However, even as movies began to make their way back to theaters, television continued to offer fans a wide variety of high-quality programming that offered up laughter, adventure, thought-provoking satire. This year television also offered up a wealth of comic book inspired television as well anchored by strong performances and delivered on a variety of platforms with streaming being a huge part of the viewing experience.

And with all the television options in 2021, there are some new categories to recognize this year for our 2021 Golden Issue Awards. This year, we’ve split out the Best TV Show category to create Best Comic Book TV Show to recognize the stories brought to the small screen from the pages of comics this year. We’ve also added a Best First TV Appearance related to that category since 2021 saw quite a few beloved characters get their live-action debuts.

This year, the contenders for Best TV Show are interesting. Not only do they span a variety of genres, but they also show the impact of streaming on television entertainment. Three of the five nominees come from a streaming platform, just going to show just how significant those platforms have come to our overall entertainment consumption. We’ve also got a range of brand new shows as well as returning favorites making this a truly tight field.

This year, we’ve split out the television shows based on comic books into their own category and for good reason. 2021 saw a wealth of shows that took their inspiration from the pages of beloved comics and not only were there plenty of shows to choose from, but they were all a bit different in their tones and themes — even the ones that happen to come from a shared universe.

While 2021 gave us some impressive live-action offerings, animation was bringing their A-game as well, with new seasons of beloved favorites and new shows for fans to become completely obsessed with.

Heroes, supervillains, antiheroes, and everything in between were key components of television leads in 2021 and these actors brought them all to life with fine performances that made us laugh, cry, and sometimes both at the same time.

2021 saw some incredible female characters grace the small screen thanks to powerhouse performances by some brilliant actresses. These nominees captivated us with their incredible talents, bringing to life characters that embody the full range of the human experience.

This past year a lot of comic book favorites made their live action debuts on the small screen and the actors who brought them to life exceeded even our wildest expectations. From villains to heroes, to characters you just can’t help but love, these nominees made our favorite characters truly a delight to watch.