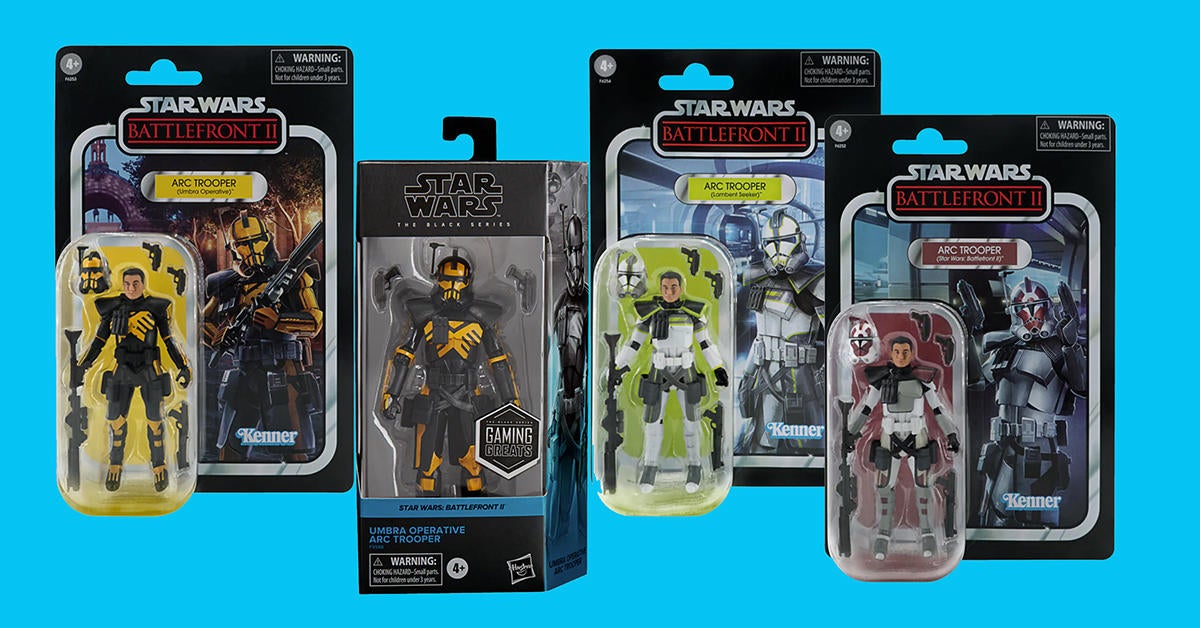 Disney / Lucasfilm and Hasbro have debuted a new wave of The Black Series and The Vintage Collection Gaming Greats ARC Trooper figures for Week 11 of the Bring Home the Bounty merch event. A breakdown of these fStar Wars Battlefront II-inspired figures are as follows:

Pre-orders for these figures are expected to go live tomorrow, December 22nd at 10am PST / 1pm EST. Details on where these pre-orders will be available have not been revealed thus far, but it’s safe to assume that some will be Fan Channel exclusives that you will be able to find here at Entertainment Earth. Others will likely be exclusive to GameStop. This article will be updated as new information becomes available, so stay tuned.

In the meantime, make sure to check out last week’s crop of Bring Home the Bounty Star Wars releases. It includes a Duel of the Fates Funko Pop series, a Bo-Katan Kryze Black Series electronic helmet replica, and Boba Fett and Fennec Shand Vintage Collection figures based on their appearance in the upcoming The Book of Boba Fett television series on Disney+. Details about these releases can be found here.