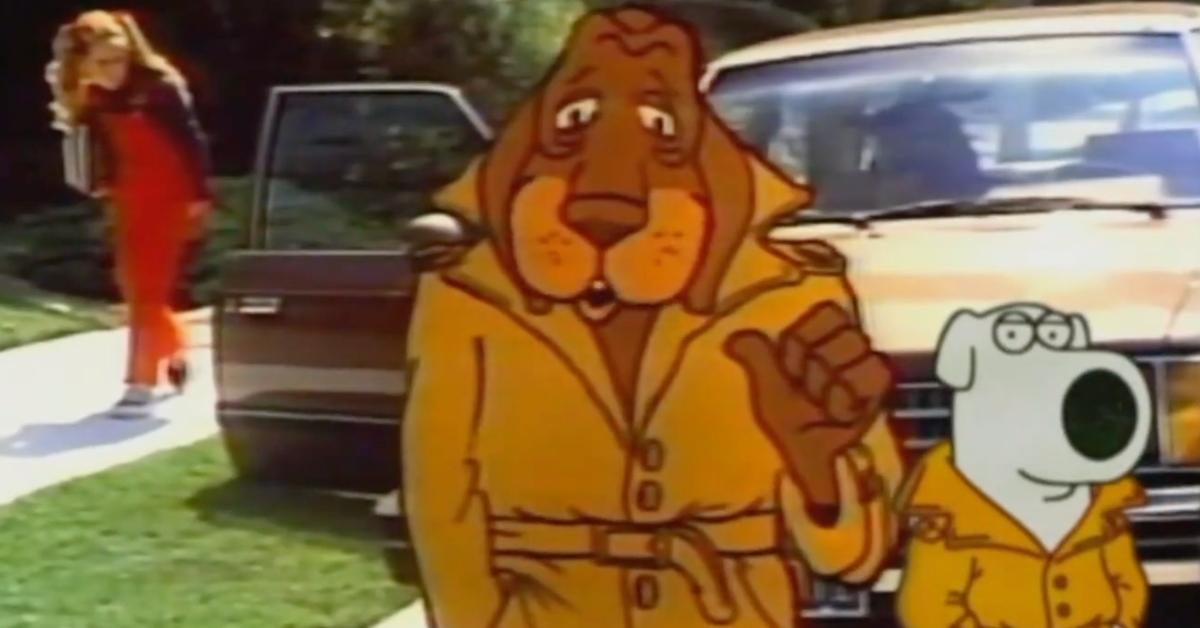 Family Guy totally brought back McGruff the Crime Dog to try and take a bite out of crime with the newest episode! The adult animated series is now in the midst of its milestone 20th season, and the newest episode was the show’s annual holiday affair. This episode, “Christmas Crime” saw Brian Griffin openly hating everything about Christmas until his drunk driving resulted in a crime he now is trying to cover up. With all of this focus around a crime and a dog at the heart of it all, Family Guy connected the dots to another fan favorite crime pooch.

During a cutaway joke early on in the episode, Brian is trying to cover up his part of a crime by saying that he’s actually a good person. As a vouch for his character, Brian then reveals he “worked” as McGruff the Crime Dog’s official sidekick. Then after a genuine PSA from the 1980s McGruff the Crime Dog campaign started to run, Brian gets superimposed in as the sidekick, “Sergeant Bark” who barks at crime. You can check it out below as shared by the official Twitter account for the National Crime Prevention Council:

McGruff and Brian have a very important message for you. And don’t forget to watch @FamilyGuyonFOX Sundays on @FOXTV or stream anytime on @Hulu. pic.twitter.com/49rKGJ2MOu

McGruff the Crime Dog was created by Dancer Fitzgerald Sample executive Jack Kell, who also voiced the character in the ads. First launched as a series of PSAs from the Ad Council in 1980, the campaign proved to be such a success that the creation went to become the mascot of the National Crime Prevention Council over the course of the last few decades in their efforts to, in fact, take a bite out of crime. For a series that references the 1980s as much as Family Guy does, it is a surprise that it has taken so long for this one.

Getting the actual footage and the expressed permission of the National Crime Prevention Council for the Brian gag is indeed an extra great touch as well, and going even further with the actual live-action footage of one of the original PSAs (something Family Guy often has done in the past to hammer home a joke like the extended Polaner All Fruit bit) makes this hit all the harder. But what do you think?

How do you feel about Family Guy bringing back McGruff the Crime Dog for this special Brian sidekick joke? Let us know all of your thoughts about it in the comments! You can even reach out to me directly about all things animated and other cool stuff @Valdezology on Twitter!