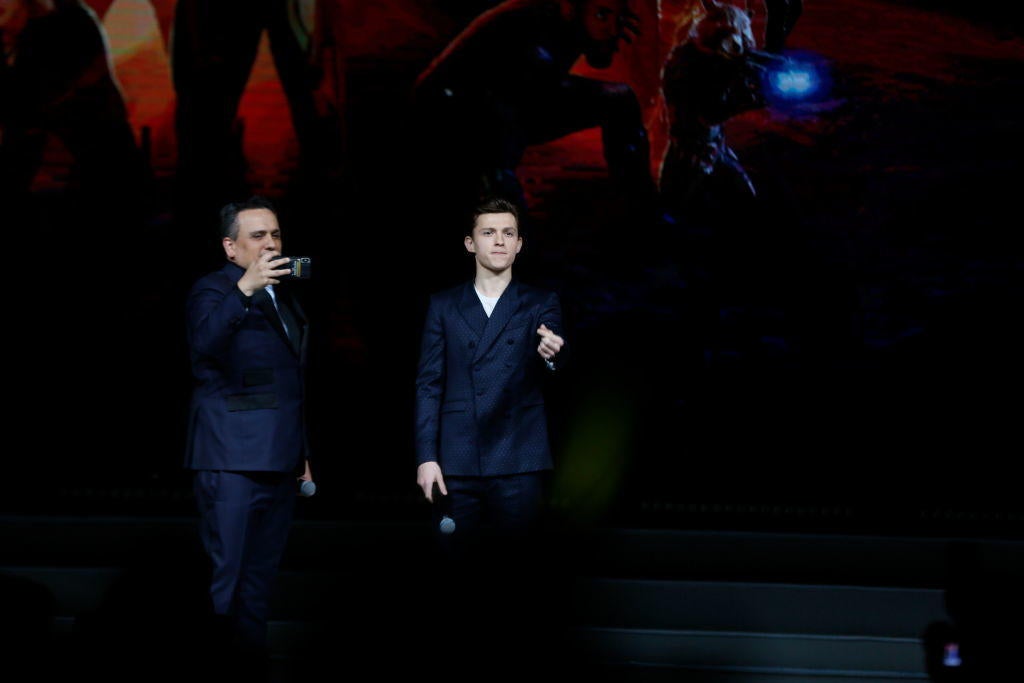 Joe Russo knows a thing or two about making a massive blockbuster, so it’s only fitting he’s a fan of the biggest movie currently in theaters. Monday afternoon, the Avengers: Endgame helmer posted a heartfelt tribute to Tom Holland and Spider-Man: No Way Home, the flick with the second-highest opening of all-time.

The Instagram account run by Joe and his brother Anthony shared a clip from Disneyland where the two were visiting Avengers Campus. With Spider-Man in the background, Joe joked that it’s the closest they can get to Holland because of his superstar status.

“Breaking all of the records! This is the closest we can get to hanging out with [Tom Holland] now…,” the post reads. “Congrats to the No Way Home team on such a spectacular addition to the MCU.”

Holland himself commented on the box office success of the movie over the weekend, also sharing a post to Instagram.

“Wow, guys I can’t believe these numbers. You made this possible. Your love and support means the world to me. Thank you thank you thank you and if you haven’t seen Spider-Man no way home yet… merry Christmas and you know what to do ♥️,” Holland wrote.

As it stands now, No Way Home is one of the most popular Marvel movies ever made. The film currently has a 94-percent Certified Fresh rating on Rotten Tomatoes, and the site’s Audience Score—a metric determined by the masses—stands at a near-perfect 99-percent.

Commercially, the film has already grossed $600 million globally ($260M domestically), and it has yet to even open in China. It’s the first Marvel release of the year that will get released in the Middle Kingdom.