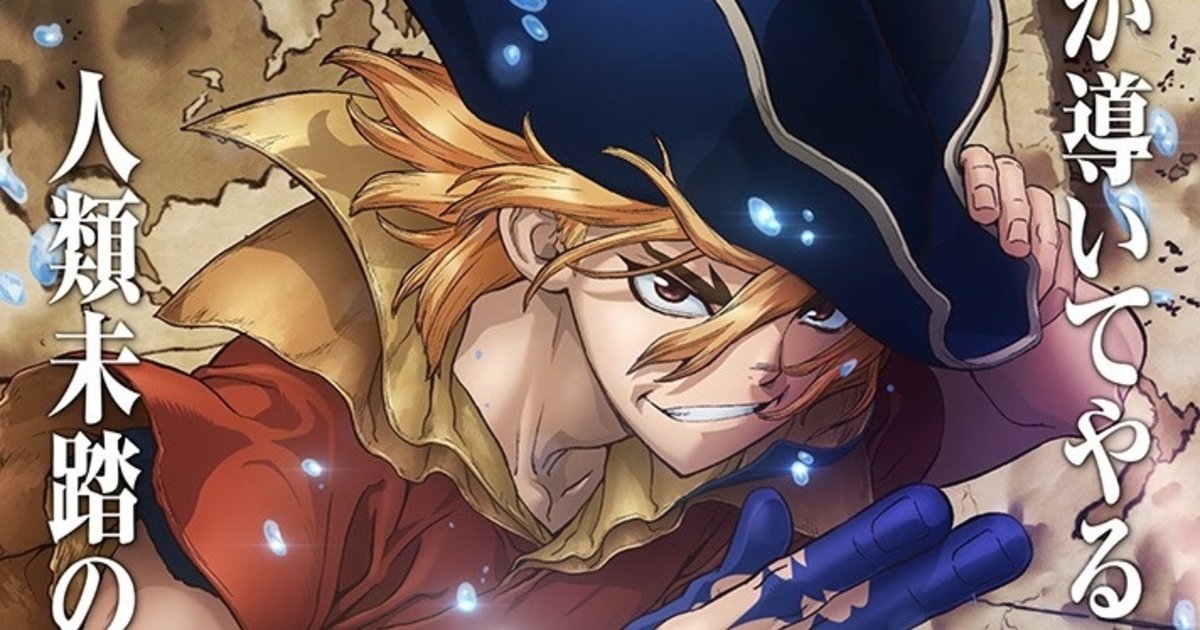 A trailer and teaser visual were released for the TV special, titled Dr. Stone: Ryusui. Both feature a new character named Ryusui Nanami, who will be voiced by Ryota Suzuki ( Kaguya-sama: Love Is War, Banished from the Hero’s Party ).

Based on Riichiro Inagaki & Boichi’s manga, Dr. Stone is set in a world where humanity has been turned to stone. After waking up alone, a young genius named Senku tries to bring back the world around him through the power of science.