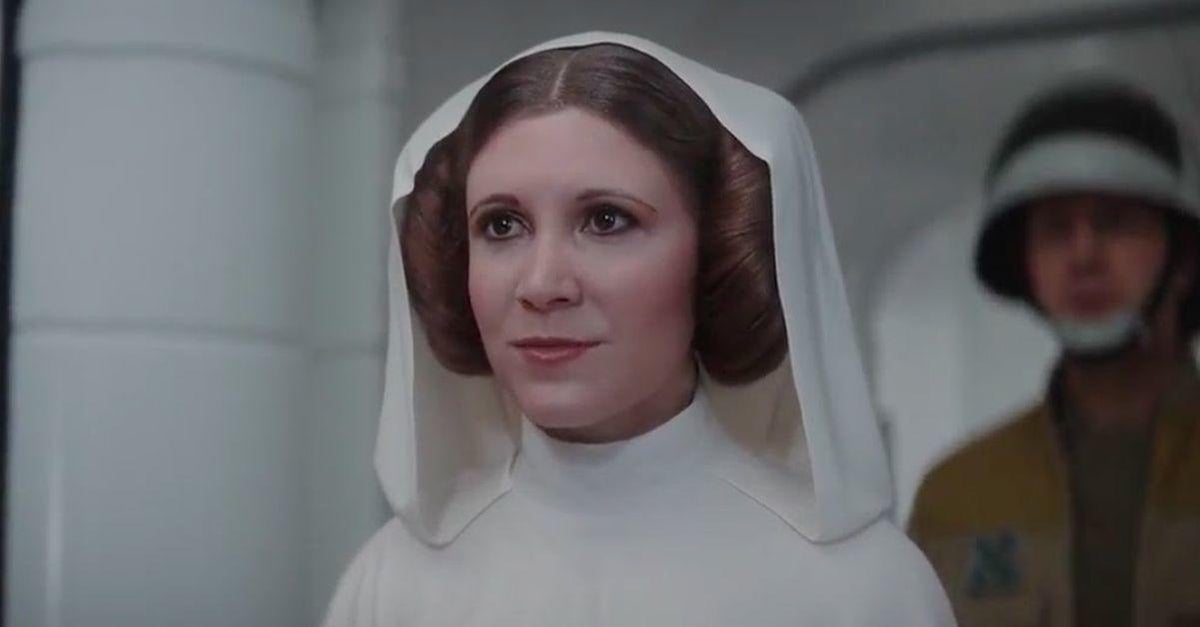 To mark the occasion of five years since the release of Rogue One: A Star Wars Story, director Gareth Edwards sat down with StarWars.com for an extensive retrospective interview about the 2016 movie and first spin-off in the franchise’s history. The talk between the filmmaker and the official website for the series went through a wide range of topics like what it’s like to film Darth Vader, his initial reactions to learning the plot of the movie, and also how it handled using Carrie Fisher’s Princess Leia. Though Fisher herself wasn’t in the movie, ILM recreated her iconic look from the original Star Wars for the film’s last shot. Sadly, Edwards confirmed that he never got to meet Fisher before her death.

Rogue One was released in theaters on December 16, 2016 and Fisher passed away just eleven days later on December 27, 2016. Speaking in the interview, Edwards revealed that though they never met there was an opportunity, which was missed. “No, I didn’t (meet her). The closest I got, I got to visit the set of The Force Awakens, and we were hanging out there for half a day or something,” Edwards said. “I remember being by the trailers and Carrie came out from the makeup trailer, I guess, just brushed right past me to go in. There were a lot of people stood around, so she went just right past me to head on to the set. I remember just, like anyone would, doing a double take and looking at everyone else going, “Oh, my God! That was Carrie Fisher!”

Edwards confirmed that at the time this missed opportunity occurred that they were already aware that their plan of a young Leia to conclude Rogue One was already in the planning stages, but he didn’t know if Fisher was aware.

He continued “Kathy (Kennedy, president of Lucasfilm), essentially, was the one to talk to her about it all. And she was in full agreement and happy about it. So we just carried on. I always thought, ‘I guess I’ll get to see her at the premiere or at some point afterwards, and be able to thank her personally.’ And obviously that was not possible. It came completely out of the blue. She is such a hero to everyone. It’s sad that I never got to properly meet her.”

Rogue One: A Star Wars Story is now streaming on Disney+ with a prequel series, Andor, set to be released next year. If you haven’t signed up for Disney+ yet, you can try it out here.