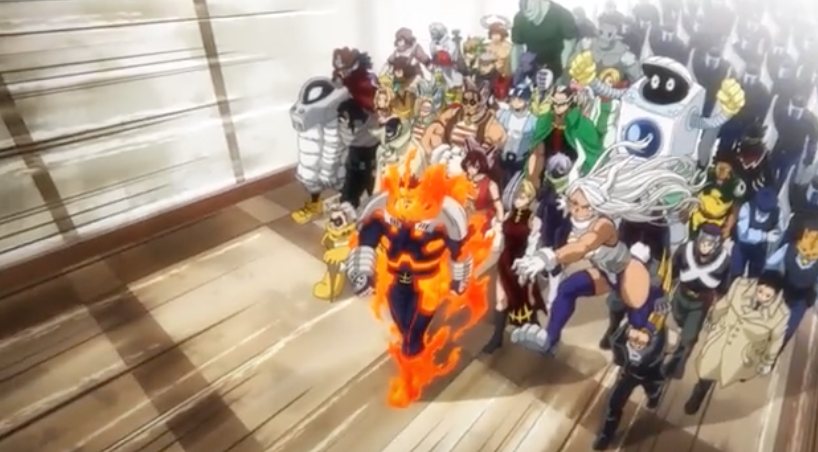 It has been a busy weekend for all things anime, and it seems My Hero Academia has taken over the scene with its latest round of updates. If you did not know, Jump Festa 2022 went forward in Japan a few days back, and the annual event put out some huge anime news. My Hero Academia hit the main stage to help wrap the convention, and it was there the first season six teaser went live.

As you can see above, the teaser is short, so you don’t need to worry much about spoilers here. The My Hero Academia clip simply sets the tone for season six, so it seems things are about to get dark. After all, the villains have a whole lot of manpower these days, and the heroes look poised to set off a trap.

The teaser begins easily enough with Izuku in a forest running, but it doesn’t take long for things to get out of hand. A group shot of our main villains flashes on screen before our pro heroes follow up with their own army. Led by Endeavor, everyone from Mirko to Midnight and Aizawa are shown gathered for a fight here. This means season six is going to go to war, and only manga readers know how the skirmish will end.

Of course, readers can read between the lines of this teaser. A handful of shots are shown of Aizawa and Midnight as if to foreshadow their upcoming roles. Shigaraki is also put front and center following his power boost, so you know he will wild out in this new season. So if you are ready to see what My Hero Academia has on the docket for 2022, you will be able to watch season six starting next April. Studio Bones is already hard at work on the release, and so long as the company’s production quality ramps up from season five, audiences will be happy to tune in to this next piece of Izuku’s journey.

What do you make of this first preview for season six? Are you hyped for My Hero Academia‘s comeback? Share your thoughts with us in the comments section below or hit me up on Twitter @MeganPetersCB.