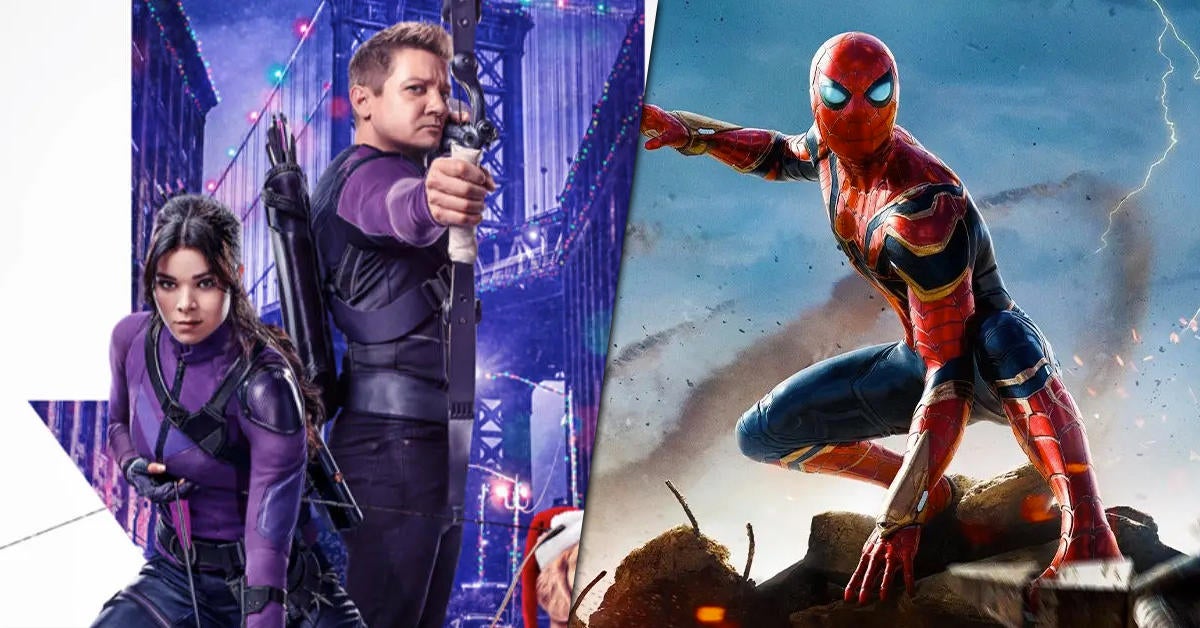 Spider-Man: No Way Home has finally hit theaters, and looks to be breaking box office records left and right. As it turns out, however, there’s the potential for the film to crossover with Hawkeye should the stars align just right. Spoilers up ahead for both Spider-Man and Hawkeye so if you’re not caught up, proceed with caution!

Judging from the teasers we’ve seen of the Hawkeye finale so far, we know the eponymous duo will, at some point, travel to the Rockefeller Center where a shootout takes place on the iconic ice skating rink. The thing is, Spider-Man: No Way Home ends with Peter Parker (Tom Holland) swinging around town and diving down towards that same ice rink.

The rink itself is a New York institution and is included in a healthy chunk of films and television shows that take place in the city—but it certainly could end up as more than a coincidence. Taking place around Christmas is a major plot thread in Hawkeye and by the time No Way Home ends, it’s most definitely Christmas time in the city.

The thing here is, this shootout or event in Hawkeye is taking place in the new neighborhood Parker just moved into. Not only would it set things up for a major surprise cameo, but it’d also potentially check something huge of the checklist of most fans—a showdown that includes both Spider-Man and Kingpin (Vincent D’Onofrio) on screen together.

It might be a flimsy connection so far, but we do know that Holland’s Peter Parker is set to appear in at least one more project solely produced by Marvel Studios, meaning Hawkeye could be the last appearance of Holland under the current deal between Disney and Sony Pictures.

The first five episodes of Hawkeye are now streaming on Disney+ while Spider-Man: No Way Home is exclusively in theaters.

What other characters do you hope to see pop up in Hawkeye? Let us know your thoughts in the comments section or by hitting our writer @AdamBarnhardt up on Twitter to chat all things MCU!