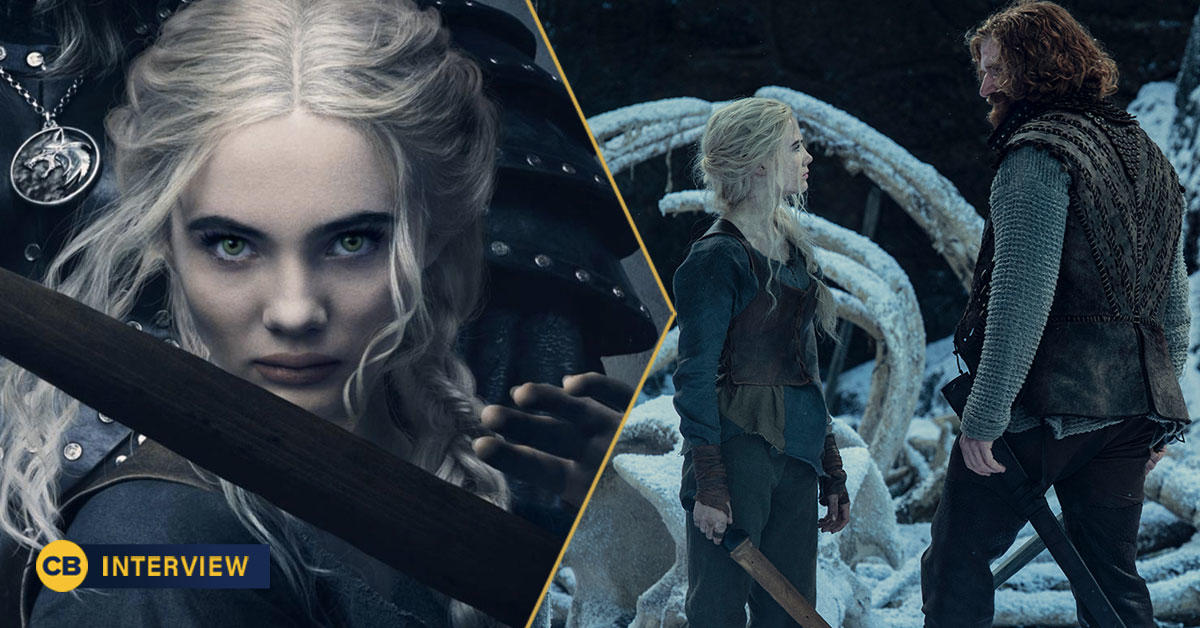 The Witcher season 2 is now out in the wild, and fans know that quite a bit of the series takes place at Kaer Morhen, as Geralt takes Ciri there to train and keep her safe. We get several instances of Ciri and Geralt working together but we also see Ciri training on her own or with other Witchers at different times throughout the series, including one sequence where Lambert looks to make a point with a training dummy. ComicBook.com had the chance to speak to Freya Allan about that scene, and she revealed that the scene did not go according to plan for Lambert actor Paul Bullion, and it made for a memorable and quite entertaining sequence of events.

“Oh yeah. That was funny as hell because basically, obviously Lambert comes in and he has to slice the dummy. Right? And he’s very tall. I think he’s like 6’3 or something. So Lambert comes in and he’s like, ‘yeah, let me like show you how this is done Ciri’ and he’s like taking the piss out of Ciri, and then he goes over and the dummy just doesn’t break in half. It just swings. And then I was like, ‘oh, that’s a bit awkward, isn’t it, Paul’, who plays Lambert, and then we go for another take. Again, the thing doesn’t break, and I’m like, this is getting a bit awkward for you now, he’s sort of trained and everything. And just like our characters, I was sort of taking the mick out of him a little bit. We were sort of laughing about it,” Allan said.

“And then the third take, finally the thing breaks and I could see on his face that he had this sense of ‘thank God’ because that was going to be really embarrassing if he didn’t get that again,” Allan said. “And because of that, the camera wasn’t on me and very badly I just couldn’t hold it together. So I’m just standing there going like, you know when you’re trying to hold in a laugh? Like smirking, like I had exactly that because I could see that he was so like, thank God it worked this time.”

That led to Ciri getting a slicing scene of her own, and she knew she had to get it under 3 tries. “So yeah, that was a really funny moment and we laughed our heads off after that about it. It was just so funny this really tall guy and he couldn’t, you know, and then there’s a scene where I had to slice the head off one of the dummies and I remember the AD said, he said, ‘You better beat Paul and get it first take.’ And then first take, the head goes flying off and he was like, ‘Now you’ve just got to go ring up Paul and tell him that you did that.’ So yeah, we definitely had exactly the same kind of like relationship as our characters did, which was a lot of fun and made it very easy to just transfer that kind of energy into the scenes,” Allan said.

You can find everything you need to know about The Witcher season 2 in our Witcher CRAM right here!

What do you think of season 2 so far? Let us know in the comments and as always you can talk all things Witcher with me on Twitter @MattAguilarCB!